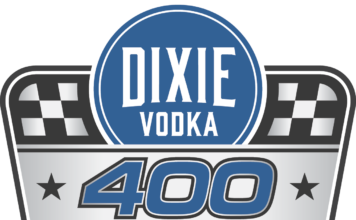 MOORESVILLE, N.C. (October 18, 2022) – Michael McDowell is amid a career-best season and he and his Love’s Travel Stops team is now ready to finish strong in the final three races of the season. Next up McDowell and the No. 34 team head to the fast, banked, mile-and-a-half Homestead-Miami Speedway. McDowell has 12 previous starts at the track- with a best finish of sixth in 2021.

“We had our best finish in Homestead last season when we finished sixth,” said McDowell. “We came here and had a good test. We really feel that a top-five is attainable, and we should be able to be in the top-10. We will be disappointed if now.

With three races remaining in the 2022 season, McDowell and his crew are as focused as ever.

“Right now, the goal is to get a win,” continued McDowell. “It is just that simple. As team, we can get it done. It is not easy, but we have the team to do it. We have put a lot of effort into this weekend to have the best car possible. We raced well at the mile-and-a-half tracks, and I think Sunday we will have a good Love’s Travel Stops Ford.”

McDowell and his Love’s Travel Stops Ford team will race at the Homestead-Miami Speedway this Sunday at 2:30 p.m. ET on NBC.