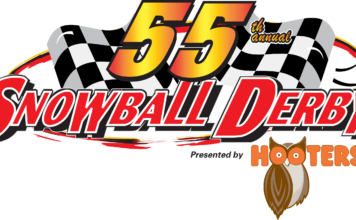 CONCORD, N.C. (Nov. 22, 2022) – The Snowball Derby is known as one of the biggest stock car events in the country, and this year it will feature RFK Co-Owner and Driver Brad Keselowski, who will wheel the No. 6 in arguably the most prestigious grassroots event of the year.

Five Flags Speedway, a half-mile asphalt track in Pensacola, Florida, has hosted the Derby every December since 1968, attracting some of the biggest names in short track racing as well as drivers from all of NASCAR’s touring series. Previous champions of the Snowball Derby include many of Keselowski’s competitors on Sundays including Kyle Busch, Chase Elliott and Erik Jones.

Keselowski, the 2012 Cup Champion, is coming off his first season at RFK and participated in a handful of grassroots late model events throughout the summer, including the Governor’s Cup at Thunder Road in Vermont.

The Snowball Derby schedule features an action-packed four days of on-track activity with practice set for Thursday, Dec. 1, qualifying on Friday (Dec. 2), and the 300-lap main event on Sunday (Dec. 4).