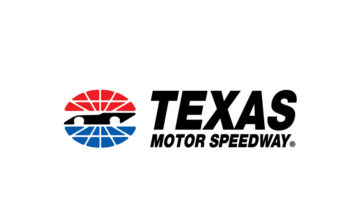 FORT WORTH, Texas (JAN. 13, 2023) – Texas Motor Speedway’s 2023 major event schedule is an incredibly strong mix of the best motorsports and car culture along with music and outdoor entertainment that has something for just about everyone.

There’s everything from the NASCAR Playoffs weekend and the first NTT INDYCAR SERIES oval race of the season, car shows and competitions and the Ducks Unlimited Expo, the four-day Hwy 30 Music Fest and Bandas y Trocas Hispanic concert and truck show, and then wrapping up the year with the family-favorite and speedway tradition Gift of Lights holiday light show.

“There’s definitely something for everyone on the Texas Motor Speedway events schedule in 2023,” said Texas Motor Speedway Executive Vice President and General Manager Mark Faber. “Our primary anchors are obviously the Sept. 23-24 NASCAR Playoffs and April 1-2 NTT INDYCAR SERIES/NASCAR Craftsman Truck Series weekends. That said, our long-standing motorsports and car culture events like the Goodguys Lone Star Nationals, LS Fest, and FuelFest always attract great crowds. We are also very proud to continue the success of recent additions including the Ducks Unlimited Expo and Bandas y Trocas. Finally, aligning with the Hwy 30 Music Fest for a four-day country music festival in late October opens up additional opportunities for the facility to further solidify itself as a Fort Worth sports and entertainment destination.”

The NTT INDYCAR SERIES and NASCAR Craftsman Truck Series are once again paired up for an amazing April 1-2 doubleheader weekend of both open-wheel and truck racing after 23 years together but the last three years apart. The NASCAR Craftsman Truck Series SpeedyCash.com 250 is scheduled for Saturday, April 1, where 2022 race winner Stewart Friesen will attempt to repeat while holding off reigning series champion Zane Smith and a full field of veterans and young guns who will be beating and banging their way to earn the opportunity to take the checkered flag and drive into SpeedyCash.com Victory Lane.

The NTT INDYCAR SERIES earns full focus April 2 with the Texas INDY 375 where two-time and reigning TMS race winner Josef Newgarden made a dramatic last-lap, last-turn pass for the lead from the outside lane against Team Penske teammate Scott McLaughlin in what turned out to be the series’ closest margin of victory on the 2022 schedule. Newgarden will certainly be a driver to watch in 2023 but will have his hands full with his Team Penske teammates as well as six-time series champion and five-time TMS winner Scott Dixon, 2021 winner Patricio “Pato” O’Ward and a full field of others.

The Sept. 23 Andy’s Frozen Custard 300 will be the second of three races in the Round of 12. Last year’s race saw Noah Gragson earn his seventh victory of the season and fourth straight, tying a series record set by Sam Ard in 1983. Gragson has moved on to the NASCAR Cup Series but the battle for the win in 2023 will be just as tight between top championship contenders like Justin Allgaier, Austin Hill, Daniel Hemric, as well as a few Cup drivers enjoying a Saturday afternoon behind the wheel.

The Autotrader EchoPark Automotive 400 will be the first of three races in the Round of 12. Tyler Reddick pulled into SpeedyCash.com Victory Lane after last year’s race but has since moved from Richard Childress Racing (RCR) to 23XI Racing. Kyle Busch, the winningest driver at Texas Motor Speedway with 18 victories across NASCAR’s three national series, has something to prove with his move to RCR. Reigning series champion Joey Logano (TMS Spring 2014 winner), three-time TMS winner and past Kevin Harvick, and past champions Chase Elliott and Kyle Larson will be just a few of the many elite drivers attempting to move on to the next round of the playoffs with a win at The Great American Speedway.