Earnhardt Jr., Gordon and Martin Get New Crew Cheifs and Crews for 2011 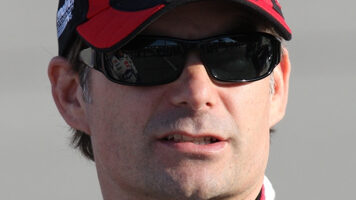 Rick Hendrick announced yesterday that he would be switching the crew chiefs up at Hendrick Motorsports to benefit all four teams. [/media-credit]The championship combination of Jimmie Johnson and Chad Knaus will remain together with the No. 48 team. Also, Knaus would get his original No. 48 crew back. Though changes will be made to the team via the struggles they went through this past year.

The rest of the teams would then be swapped aroumd.

Mark Martin will work with Lance McGrew, who was crew chief for Dale Earnhardt Jr. this past year.

Dale Earnhardt Jr. will work with Steve LeTarte, who was crew chief for Jeff Gordon this past year.

Jeff Gordon will work with Alan Gustafson, who was crew chief for Mark Martin this past year.

In a sense, Hendrick is cycling the “drivers” around as he calls it to “improve the organization across the board”. Hendrick clarified today that the drivers are just moving around as each crew chief will keep their core members in place.

Basically, you’ll have the same crew chief, car chief, crew members and shop members, yet different driver, number and sponsors on each team.

Today, Hendrick held a press conference at 10a.m. EST to talk about the changes to the media.

Hendrick said that you ”never know until you try. Staying where you are is not going to make you that much better.”

When it was announced that there’d be a new crew chief for Earnhardt Jr. a couple weeks ago, some people pointed towards Ron Malec, car chief on the No. 48 team. Hendrick discounted doing that, saying Malec is helping to write history there, is happy in his current position and doesn’t want to move up at this time.

Malec and Johnson have worked together for years, before NASCAR, so it doesn’t make sense to have them seperate via their friendship. Also, Knaus has stated that he only wants to be a crew chief for five to eight more years, so he currently may be putting Malec through the training to take over his role if Johnson chooses to drive beyond that point.

Hendrick made the choice to bring LeTarte over to Earnhardt Jr. instead as LeTarte is best friends with both Earnhardt and has already brought observations to the table that he wasn’t aware of. Hendrick noted their team debriefs where LeTarte made observations about Earnhardt.

Hendrick went on to say that, “I feel like Letarte is a seasoned crew chief. He has been in every Chase, he’s never missed one.”

He also noted that “he’s got some broad shoulders. Jeff gets excited on radio, too. Stevie works through that.” in reference to the fact that Earnhardt can be a handful at times. He added that, “”Steve is a leader and he is a no nonsense guy when it comes to racing. Stevie will be the perfect person for Dale Jr.”

A lot of people have noted that Earnhardt needed someone he could connection on a “people-connection” level, and Hendrick said that “LeTarte, out of all the crew chiefs, is more of a people person. He is very smart, but has a tremendous personality.”

Though Hendrick was quick to note that the problems on the No. 24 team weren’t due to LeTarte, yet due to “being dumped by Busch & Burton & then losing a motor.”

Hendrick went on to add, with reference to the No. 88 team, that he has never had a more perplexing challenge as Dale Jr., though vows to get the team right and fulfill his promise.

“I knew when I brought Junior on that the world was watching and we needed to make it right for him.” Hendrick said.

With that extending over to Gustafson now going with Gordon, Hendrick said, “Alan with an engineering background is very technical, not a lot of talk – all business. I think that fits Jeff well.”

Fans have had numerous theories and one discussed is some people have argued that Mark Martin is getting the short end of the stick as he’s getting what some call the weakest link of the organization. Some say this is due to Mark Martin leaving at the end of the year. Hendrick countered this saying, “I talked to Mark and asked him for his help. He has one more year in our organization. We have to look down the road. I have made a commitment to Mark Martin. The make up of what he’s going to have next year is mostly what he had in 2009.

“”We’re not going to have a lame-duck situation. We’re going to go for wins and championships.

“We’re going to do whatever it takes for Mark Martin to win races and have the opportunity to go for the championship again. Mark’s not getting the short end of the stick. He’s gonna get all the stick he wants. And that comes from me.”

Hendrick also said, “Lance is a technician. Mark Martin is a guy that understands chassis as well as anyone I’ve ever listened to on the radio.

“I have total confidence in Lance and Chris (Heroy, lead engineer). With Mark’s tech expertise with those 2 guys. Will be a match that surprises a lot of ppl.”

Heroy has worked along side Martin before as he worked with Martin and Gustafson in 2009, yet was moved to the No. 88 team for 2010 to help improve them.

In looking at the changes as a whole, Hendrick is just placing those together whom he feels have the best connection to therefore create the best situation for the team overall.

Lastly, some people have questioned Hendrick bringing championship crew chief Ray Evernham back in the picture at the team now that he has no connection to Richard Petty Motorsports. Hendrick said that wasn’t the case as Evernham isn’t looking for a full-time role.

“I can see Ray being involved with us in many areas,” Hendrick said. “I’m sure Ray and I will be doing something together.”

Hendrick added that him and Evernham have been in discussions, though they center more towards maybe producing high performance parts together.