‘You and Me Both Junior’ Garners Nationwide Insurance Top Honors 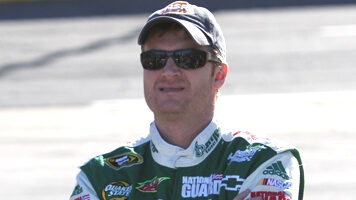 In some of the most recognized commercials, including NASCAR’s most popular driver Dale Earnhardt, Jr. and family, Nationwide Insurance is featured not only as the insurance of choice for many of NASCAR’s premier families but also as the title sponsor of the No. 2 national touring series in the sport. “The brands that were up for it and have won it previously, the Coke’s and the Home Depot’s and numerous others, it’s great to be in that company.”

McCoy, who admits that he is a “huge fan”, has been involved in the Nationwide sponsorship in NASCAR since its inception three years ago. The company’s contract is for seven years, so Nationwide is almost half way through its sponsorship deal with the sport.

“We are ahead of projections of where we thought we’d be,” McCoy said. “Insurance is a fairly boring category and people think about it once or twice a year, so we wanted to create a dialog with the NASCAR fans so that when the time does come for them to think about it, they think of Nationwide.”

Nationwide has tried multiple ways to introduce NASCAR fans to who they are and what they do. Some examples include using the NASCAR bar marks in everything that the company does, the “Dash 4 Cash” and “Driver of the Week” programs in the Series, and of course, using NASCAR’s most popular driver Dale Earnhardt, Jr. in their advertising campaign.

“Dale Junior’s family has a very authentic relationship with Nationwide for over thirty years,” McCoy said. “He’s an owner in our Series and a driver in our Series so it’s great to have him out in front.”

Interestingly, Nationwide Insurance did not discover this important relationship until the second year of the sponsorship deal.

“We knew a lot of the sport was insured by Nationwide but to be perfectly honest that came to light after we signed the deal,” McCoy said of the Earnhardt connection. “This was just a second layer that we could add to the relationship and we have seen incredible results in not only driving phone call volume but awareness out there. Dale being out in front has helped that substantially.”

Nationwide, with the deep dive into the sport with the Series sponsorship, has undoubtedly encouraged other insurance companies, even those that are competitors, to take a look at NASCAR as an important marketing venue.

“There are a lot of folks especially at the tail end of this last year that are jumping back in” McCoy said. “Everybody’s advertising whether in Cup or in our Series. But we think we are differentiated in the breadth of what we can do and we have a wider way to talk to the NASCAR fan than what our competitors do.”

In order to keep ahead of the competition nipping at their heels, Nationwide Insurance has great plans for the 2011 season, most of which will be finalized and announced after the first of the year.

“We’ve got some big announcements in January,” McCoy said. “We’re going to continue with Dale and we’ve got another piece to that to freshen it up. We have a bunch of new spots that we’ve shot and in the can that will run later in January.”

Nationwide also plans to take full advantage of the new car in their Series and are working on other programs with competition that will enhance the company’s brand awareness. When asked if Nationwide had any plans for utilizing another Junior Motorsports driver, Danica Patrick, McCoy would only say that “Danica is a great addition to the Series.”

“We love the fact that she was a huge story and brought a lot of new eyeballs to the sport,” McCoy continued. “We’re trying to find creative ways to use all of our drivers, especially Danica. She is a magnet.”

“It’s going to have effects on the properties we purchased,” McCoy said. “We feel that we have a voice but ultimately NASCAR has the final decision and will do what’s best for the sport.”

“We’re all about accident forgiveness,” McCoy said with a chuckle. “But we definitely call folks on it when it happens.”

“The biggest challenge is that there are so many moving parts,” McCoy said of the Nationwide and NASCAR partnership. “It has forced us to be nimble and do things that the company has never done before.”

“We win every week with our sponsorship,” McCoy said. “There was some skepticism when we signed the deal. But we have so many people that want to be involved now. Just seeing people want to build it into their plan as they are planning for the 2011 season is pretty exciting.”