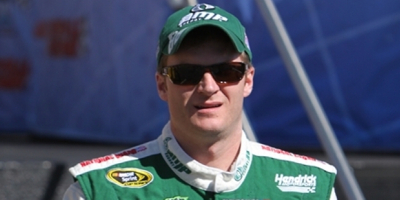 Fans might remember 15-year-old Jeffrey Buzell, who met NASCAR’s most popular driver Dale Earnhardt Jr. this past summer after being featured on ESPN’s “My Wish” series. He was the young kid who told his story of fighting a disease that was taking over his kidney’s. [/media-credit]Now a few months later, Christmas Eve, they get the opportunity to learn the latest on Buzell. A SportsCenter Special: My Wish is highlighting a few different wishes that were granted this past year, including 10-year-old Jailen Cooper who wished to be an Oakland Raider for a day and 13-year-old Anna Schmidt who wanted to spend a day with Green Bay Packers quarterback Aaron Rogers.

Jeffrey Buzell’s story was nothing short of heartbreaking. He suffers from a genetic kidney disorder and needs a kidney transplant within the next year or face his kidney’s possibly beginning to shut down. Buzell’s uncle suffered the same disease and passed away at 15-years-old, the current age of Buzell.

“It just makes me wonder what’s going to happen to me,” Buzell said in the summer.

His wish was to meet his favorite driver, Earnhardt Jr., and race go-karts against him. In conjunction with the Make-A-Wish Foundation, the “My Wish” series made his wish a realty. But it was Earnhardt Jr. who not only made it a day he would never forget but gave Buzell much more.

He invited the Buzell family to the Charlotte Motor Speedway for the Sprint All-Star race that Saturday night, where Buzell met crew chief Lance McGrew who let Buzell sit in his favorite drivers racecar. But it wasn’t over yet. When Earnhardt Jr. was introduced to the crowd during driver introductions, he had Buzell walk out with him and ride around the track in the pickup truck with the team as they waved to the fans.

The 30-minute epsiode will air this Friday, December 24 on ESPNEWS at 11:30 p.m. ET. It will run continually through December 25th, Chris Connelly hosts.

Connelly: “It’s a great time of year to revisit these stories that touch so many people, and we’re pleased to have some updates on Anna, Jailen and Jeffrey.”