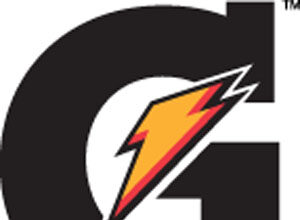 DAVID GILLILAND – No. 34 Taco Bell Ford Fusion (Finished 24th) – “We burned a plug wire, so we lost a cylinder because the plug wire was too close to the header and burned it up. It’s not really worth going back out there now and taking a chance of wrecking our car. I think we’ve got a good car. It’s fast. It’s got good speed pushing people. We were right there running times with everybody else, so I feel good about it for the 500. It’s kind of a wild race and definitely a different day out there, but I feel like we learned what we needed to learn today. Now we need to get to work on figuring out how to not have that happen again.”

IS IT KIND OF A BLESSING BECAUSE YOU HAVE YOUR PRIMARY CAR IN ONE PIECE FOR SUNDAY? “Yeah, for sure. Our back-up is definitely not as good as this one, so we got that and we learned something that could have potentially taken us out of the 500.”

MATT KENSETH – No. 17 Crown Royal Ford Fusion (Finished 4th) – “It was just a matter of timing there. We tried to make plans before the race and I was gonna kind of hook up with Kurt and it didn’t work out, so I got with Kevin and obviously Kevin is very good at this. He’s won a ton of races, and after we got hooked together I just committed to stay with him the whole race no matter what. My guys in the pits on the Crown Royal team did a good job and got me in front of him, so I was committed to staying in front of him and somebody got a run and got him out of line and stalled him right at the wrong time and we lost momentum. But, overall, it was a good race and I think I learned a little bit. It was nice to be in front of most of it.”

AJ ALLMENDINGER – No. 43 Best Buy Ford Fusion (Finished 7th) – “That was nuts. It is very interesting. I wouldn’t say I like it, it is tough. It is all strategy. You get someone that you hook up with and that is cool. I got to hook up with 5-time and made him a friend of mine. We were working good together. Everybody is trying to learn out there together. I felt like you have to be pin point with everything. We ran up on a groove and it separated us. We got broken away from the lead group and then those guys were able to draft with each other and be quicker. The car was fast though. I felt like our cooling is really good in these Ford’s. The guys in the engine shop have done a great job with that. We learned some things, and we will go back out there Sunday and try it again.”

IS IT ALL GOING TO COME DOWN TO WHO YOUR PARTNER IS ON SUNDAY? “I think you just have to find the guy that you work well with. I had planned to work with Mark Martin, but that never worked out because he got up in the front drafting with Tony and me and Jimmie got hooked up. I think you just have to find somebody. If you can find one guy that you are really good with, you are better off. On the restart, everybody went with the same group of guys. That is what it is all about.”

MARCOS AMBROSE – No. 9 Stanley Ford Fusion (Finished 21st) – “We had a bad day. It was very frustrating. We didn’t have any friends. We got stuck in some tough positions. We kept getting stuck and it made for a rough Duel. We will get back at it come Sunday though.”