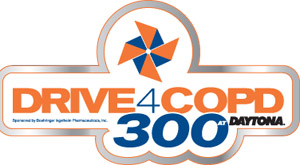 KYLE BUSCH, No. 18 Z-Line Designs Toyota Camry, Joe Gibbs Racing Finishing Position: 7th What happened at the end of the race with Joey Logano? “It was just unfortunate with Joey (Logano) there. We had two great race cars all day. We worked together the whole time. All we wanted to do was bring it home in one piece and unfortunately we didn’t make it — just circumstances. I saw the 4 (Tony Stewart) coming up in my mirror really, really quick so I tried to block the middle and come down just a little bit. Obviously that off-centered me from Joey’s rear bumper and turned him sideways — completely my fault. Unintentional, but just trying to make it to where the 4 didn’t have room to shoot up through the middle of us there and make us all three-wide all pushing each other. I hate it for those guys and Joey and everybody on the GameStop team. Our Z-Line Camry was good and worked well with them all day. Just unfortunate at the end there.”

Did you have fun drafting with Joey Logano in the race? “Yeah, we did a great job today. All day we worked really, really well together. It was just due to circumstances. Joey wanted to run the top and try to stay separate from those guys, but I wanted to block the middle so (Tony) Stewart couldn’t come up there. We just weren’t on the same page at that moment in time and obviously we got a little disengaged there. Overall though, we worked really well on the radio and things were great. We did it in practice today on the Cup side. We’ll see how it plays out tomorrow and should be fine.”

What were you able to learn today for tomorrow’s race? “That communication over the radio is a big deal I think. Having guys that you can click over and talk to — that’s going to be really, really key. That was good and just being able to talk and have that dialogue back and forth on what we could do, what we could strategize on and all that.”

Were you optimistic when you were back with Clint Bowyer and Dale Earnhardt Jr. on the last restart? “I felt pretty optimistic about it. I just wanted to block the middle so that would have made the 4 (Tony Stewart) and the 1 (Landon Cassill) pick a lane — who are you going to push? Are you going to push the outside or are you going to push the inside? They probably would have pushed the inside being as though they were Chevrolets too. That was my whole goal was to make it a race between us four and once the 4 kind of showed his nose there in the middle I tried to block it.”

Will there be an added risk now of getting off-center in the closing laps and spinning the car in front of you? “I thought the 4 (Tony Stewart) was going to come up and push me and just try to get our row past, but then when he tried going through the middle — that’s obviously when I tried to block the middle. It got Joey (Logano) and I off-center and cost him to wreck. Luckily it wasn’t a big pile. I say Joey did a good job over-correcting. Normally you don’t say that you want to over-correct, but instead of spinning out in front of all of us and collecting all five or whatever there was left behind there — he did a nice job getting it out of the way.”

Do you feel better prepared for tomorrow following this race? “Nope. It’s all circumstances. It just comes down to where you are at the end of the race and try to make the most of it. Tony Stewart must be the luckiest guy around Daytona every February — besides Sunday. He uses it all up on Saturday — that’s his deal. I’m trying to save a little bit of mine for tomorrow.”

MICHAEL WALTRIP, No. 99 Pastrana-Waltrip Racing Toyota Camry, Pastrana-Waltrip Racing Finishing Position: 9th How was your race? “It was disappointing. I should’ve helped Trevor (Bayne) at the end. I just screwed up. I should’ve let him get in line and I didn’t and then I didn’t have anybody to play with. Then Kasey (Kahne) got there, but it was too late. It was just typical — yesterday was perfect and it felt awesome and today everything just seemed to keep going wrong. We had a shot, but I just made a mistake. I should’ve pushed the 16 (Trevor Bayne).”

MICHAEL WALTRIP, No. 99 Pastrana-Waltrip Racing Toyota Camry, Pastrana-Waltrip Racing (cont) Do you expect the same type of racing in tomorrow’s Daytona 500? “Certainly. Today, I think, is a whole lot of what you’ll see tomorrow and so it just gets really crazy — 500 miles and you’ve got to be running at the end. We’ll just try and figure it all out and hopefully have a good outcome at the end of the day.”

JOEY LOGANO, No. 20 GameStop Toyota Camry, Joe Gibbs Racing Finishing Position: 12th What happened at the end of the race? “Kyle (Busch) and I were just pushing each other trying to win the race and I can’t even tell you what happened because it happened so quick. We were just pushing each other hard and just talking to Kyle. He was trying to block the center group coming up and I think he just moved a little bit too quick and it just sent me going. I almost had a save and then it came back and slapped the wall so that was the end of that.”

Did you think you and Kyle (Busch) had a chance to win the race? “Of course we had something for them. Kyle (Busch) and I were working with each other and we drove each other up there and we worked good as teammates all day. It’s not his fault. It’s just a product of this racing we’ve got. It sucks because you can’t do nothing about it. There’s nothing else we can do to make us stop doing it and unfortunately it’s just ridiculously stupid at the end of the day, and we were wrecking each other so that’s the hard part.”

Do you expect the same type of racing in tomorrow’s Daytona 500? “Oh yeah, the same thing. The good thing is we did a good job as teammates working with each other and learning how to do this better. We did a good job with it all day. Our Toyota’s can’t push as long as the Chevy’s and Ford’s can so we had to switch a whole lot of times compared to everybody else. I don’t know what to do about a finish like that. That’s going to be part of our racing here at Daytona and at Talladega.”

BRIAN SCOTT, No. 11 Shore Lodge Toyota Camry, Joe Gibbs Racing Finishing Position: 34th What happened to take you out of the race? “I don’t know — we could’ve been the cause of it. I had the 31 of Justin Allgaier pushing me. He just had me out of control so I tried to radio my spotter to tell him to back off. We came out of (turn) 1 and the 60 (Carl Edwards) came down and things started happened. I know a wreck started, but I kind of got loose and then saved it and had it going straight and was just trying to miss everything and I didn’t see the 12 (Sam Hornish Jr.) coming through the grass back on the race track and ended up centering him. It’s just really unfortunate. These guys obviously put a lot of work in over the offseason on our Shore Lodge Toyota and it’s not the way that anybody wants to start off the season. Right now, we’ll just salvage whatever we can. These guys are going to get us back out there and we’ll get finished.”