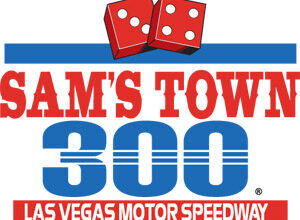 . Justin Allgaier and his Turner Motorsports teammates set to tour the Grand Canyon. Allgaier and his teammates, Jason Leffler and Reed Sorenson, will take a helicopter tour of the Grand Canyon on Wednesday afternoon, courtesy of Papillon Tour Services of Las Vegas. Coverage of their adventure will air on Saturday, March 5th at 2:30 EST during the NASCAR Countdown show on ABC.

. Las Vegas: by the numbers. The Riverton, Ill-native has made two previous starts at Las Vegas Motor Speedway. In both his previous starts, Allgaier captured top-10 finishes with his best finish of seventh coming in March of last season. Allgaier boasts an average start of 12.0 and an average finish of 7.5.

. This week’s Impala. The BRANDT Monterey AgResources team will hit the track with chassis TMS-112 this weekend in Sin City. TMS-112 is a brand new chassis in the Turner Motorsports stable.

“I really like Las Vegas Motor Speedway. I have had some success here in the past and I am excited to go out there with this BRANDT Monterey AgResources team. Track position and handling are crucial to having a shot at the win there, so qualifying up front is going to be really important. These Turner Motorsports Chevys have been very fast right out of the gate every week, so I am confident we’ll be able to get the needed track position. Hopefully we can be up front at the end of the day and get a shot at the first Nationwide win for Turner Motorsports!”