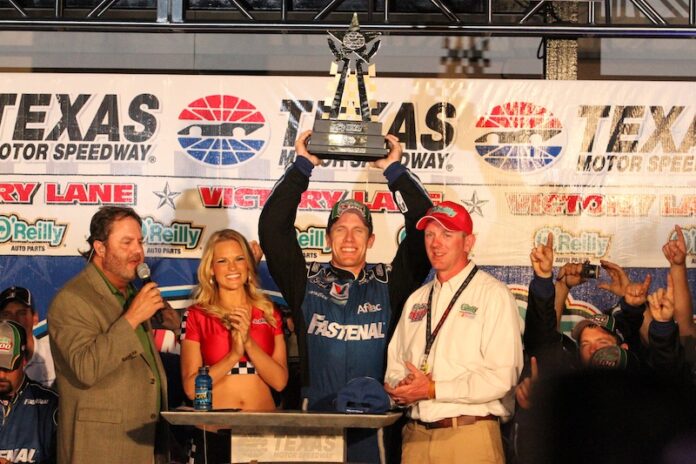 This is the first victory in the NASCAR Nationwide Series for the Mustang. Each manufacturer had a finish among the top four tonight.

“That was big,” said Edwards. “Just an unreal race; the car was fast. The first win for the Mustang and the first win for Fastenal this season, they have come on board and been a great partner and I’ve had a lot of fun with them. It was a great effort by this team. We still have space on this car, so if anyone wants to market with a great company and a great team, we have space available.”