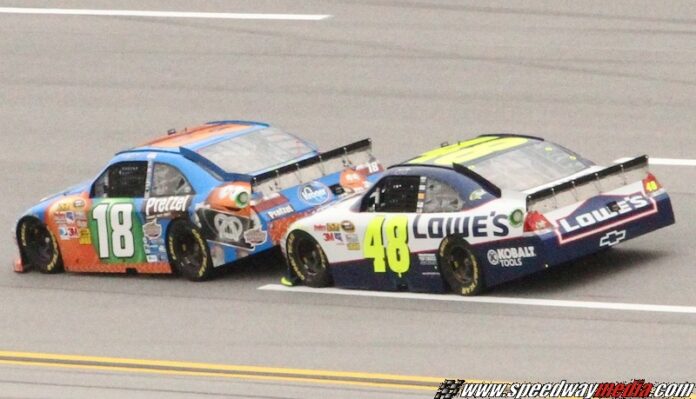 As we left Darlington, NASCAR fans experienced the drama, that was indeed enough to energize it’s base. The Kevin Harvick, Kyle Busch fiasco, that took place at the end of the race, seemed to put 1st time NASCAR Sprint Cup winner, Regan Smith out of the spotlight. What I took away from Darlington is not the fights, but the fact that we as a sport have now had 2 first time winners in the same season, in arguably 2 of the most important races of the season. When was the last time that had happened? [/media-credit]NASCAR announced on Tuesday that Kyle Busch, and Kevin Harvick would be on a 4 week probation, and this would include the all-star race. Having said that, if we were to have another driver “disagreement” like we have had in the previous 2 weeks, I don’t expect it to be Kyle/Kevin, but I’m not saying that isn’t possible. I do expect tempers to be high on Sunday, short track’s in the NASCAR Sprint Cup Series seem to do just that.

Last week I did really well, actually picking the SHOWTIME Southern 500 race winner Regan Smith in my bargain lineup, I hope to continue the streak of picking race winners! I do advise you, these are amateur picks, so if you use them, please be cautious!

Target: Jimmie Johnson, Kyle Busch, Matt Kenseth, Carl Edwards, and Kurt Busch
Avoid: Kevin Harvick, Clint Bowyer, and Dale Earnhardt Jr.
Analysis: Ten of the last 16 reaces have been won by drivers starting in the top 5. Jimmie Johnson has led more laps in the last 5 races (1,066) than everyone else combined.
Bargain: Brad Keselowski has won here in the Nationwide Series, and he finished P18 in May 2010. Paul Menard ran P7 in Dover on Septemeber 2010.
Dover NSCS Schedule:
Practice (Friday 11:30am, 2:30pm)
Qualifying (Saturday 12pm)
FedEx 400 benefiting Autism Speaks (Sunday 1pm)
**All Times are EST**
Next Up: NASCAR Sprint Cup All-Star Race
Dover will be full of excitement, just what we need heading into the All-Star weekend! Until we meet again, “Let’s go racin’ boys!” ~DW