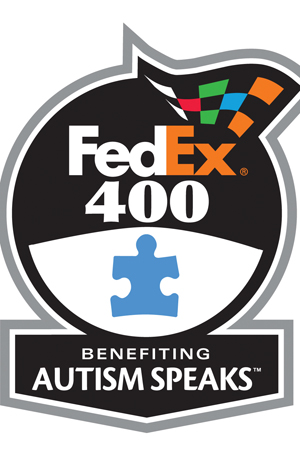 Kasey Kahne earned the first pole for Toyota of the season and finished fourth after leading a race-high 124 (of 370) laps.

BREAKING OUT THE BROOM AT DOVER:  Toyota drivers have swept all three NASCAR series races at Dover International Speedway twice — in 2008 and 2010.  The 2008 sweep was the first time Toyota drivers took home three first- place trophies in one weekend at a single track, and only the seventh time in NASCAR history for a single manufacturer to complete a sweep of three races at one track.  The 2008 victories were earned by Busch (NSCS), Hamlin (NNS) and Scott Speed (NCWTS).  Busch (NSCS and NNS) and Aric Almirola picked up the wins in 2010 (NCWTS).

TY’S TALE:  Ty Norris, MWR’s vice president and general manager, grew up in Smyrna, Del., and studied journalism at Delaware State University.  In 1984, he began working at the Wilmington (Del.) News Journal before moving to the Delaware State News as a sportswriter in 1988.  Each year Norris covered the NASCAR races at Dover — making connections within the racing community that led to a career in motorsports.

ANOTHER TRUEX:  As the younger brother of Martin Truex Jr., Camry driver Ryan Truex is competing in the NNS this year.  The 19-year-old driver is the two-time defending NASCAR K&N Pro Series East champion.  A native of Mayetta, N.J., Truex races for Pastrana-Waltrip Racing and recently earned his career-best NNS finish of eighth at Richmond (April 29).

NASCAR Sprint Cup Series (NSCS):  Since the start of the 2011 season, Toyota drivers have combined for two victories, nine top-five results, 21 top-10 finishes and have led 1,224 laps … After 10 races, Kyle Busch is third in the NSCS point standings, trailing leader Carl Edwards by 39 points … Kasey Kahne (15th), Denny Hamlin (16th) and Martin Truex Jr. (20th) are also in the top-20 in the standings … Truex will host ‘Catwalk for a Cause’ charity fashion show on May 17 in Mooresville, N.C., to benefit his foundation, the Martin Truex Jr. Foundation … Dover will mark the 200th start for Truex in the NSCS … Toyota contributed $1 million to the American Red Cross to support tornado relief efforts in Southern, Midwestern and Eastern regions of the U.S. … Toyota will also match employee contributions to the American Red Cross through June 9 and is providing additional support and assistance to Toyota associates who have lost their homes.

MARTIN TRUEX JR., No. 56 NAPA AUTO PARTS Toyota Camry, Michael Waltrip Racing Are you looking forward to returning to Dover? “Dover is one of my favorite tracks.  I really enjoy going there — not just for where it’s at, but what it means to me and I’m excited that I will make my 200th start there.  I’ve won a lot of races there — of course my first Cup win.  It’s going to be a lot of fun and we had a great run there in the fall.  Had a little trouble on pit road late in the race.  It took us out of a sure top- three or four finish, and maybe a shot at win ning.  Hopefully, we can go back there and redeem ourselves this year.”

KYLE BUSCH, No. 18 M&M’s Toyota Camry, Joe Gibbs Racing What does it take to be successful at Dover? “Dover being a concrete track is challenging because of the way that you have to run around that place.  The way tires sometimes wear out, t he way the rubber gets put down there.  You’ve got to be fast through the corner.  Two-thirds of your lap time is through the turn rather than down the straightaway, so you definitely have to make sure that you have a good handling race car — one that’s good in the beginning of the run on low air pressure and one that’s good at the end of the run on high air pressure.  Those are some challenging times, is trying to get through traffic with guys.”

“I love Dover.  I think a lot people think I’d hate Dover after I crashed there so big, but I’m cool with it — I like it.  It’s a fun race track for me.  I’ve ran good in a Cup car there.  I’ve come really close to winning it in the Nationwide car there a couple times.  We just have to find a little bit more speed.  Towards the end of the race, we’ve lost a couple of races there in the Nationwide car that we should have won.”

Is Dover a unique track?

“It’s a neat track.  It’s one of the few tracks you go to where you feel like you’re really hauling the mail.  A lot of places you get used to the speed.  There, you feel like you’re hauling.  It’s just a big Bristol.  The way that you drop into the turns, the way the car loads.  It has a long turn where you’re carrying a lot of speed all the way through the turns.  It’s cool — it’s a lot of fun.  I always look forward to going there.”

NASCAR Nationwide Series (NNS):  Since the start of the 2011 season, Toyota drivers have combined for six wins, 14 top- five results, 25 top-10 finishes and have led 974 laps … Kenny Wallace (seventh, -66 points) is the top Toyota driver in the NNS point standings … Brian Scott (eighth), Steve Wallace (10th) and Michael Annett (13th) are also in the top-15 in the standings … Busch’s Darlington win was his 48th career in the NNS — one shy of tying Mark Martin’s series record of 49 … Busch is also the first driver in NNS history to have won five of the first 10 races of the season … David Reutimann will race the Rusty Wallace Racing No. 64 Camry at Dover for the second time this season.

KYLE BUSCH, No. 18 MAC Tools Toyota Camry, Joe Gibbs Racing How does it feel to be just one race away from tying Mark Martin’s record for all-time NNS race wins? “Being within one of Mark’s (Martin) win record is special.  We’ve said it the last few times since I’ve probably been within five of being able to eclipse him.  We’ll see when it happens — if it happens.  Maybe some of you say it’s inevitable, but to us we just keep working our guts out and making sure we bring good race cars to the track, and I’m racing Dover and I’m racing Charlotte.  Those are two really good places for me in a Nationwide Series — I’ve run really well at both of those.  I’ve had great support from Z-Line Designs and those guys, so it would mean nothing more than to win or to tie in a Z-Line car and to beat the record in a Z-Line car.  This week is a MAC Tool car and I’m hoping I can still win, but if I don’t then it will just push it back and I can get in my Z-Line car at Charlotte.”

ERIC PHILLIPS, crew chief, No. 18 Traxxas Toyota Tundra, Kyle Busch Motorsports   Is Kyle Busch focused on getting a career ‘sweep’ at Dover by winning the Truck race? “I know Dover is a big one to him.  He’s been so close multiple times.  We had a fuel issue there last year in the spring and had the dominant truck by far.  That’s one of the coolest trophies probably other than the Daytona 500 trophy.  To have three of those sitting side by side — they sat outside my office for a month-and-a-half until we moved.  They were in the conference room.  It’s one that I sure want to get started off on the right foot going into Dover this time around.”     KYLE BUSCH, No. 18 Traxxas Toyota Tundra, Kyle Busch Motorsports   Does it frustrate you that you’ve experienced bad luck in the Truck Series at Dover? “I should’ve won the past five races in a row at Dover, I just haven’t been able to do it.  I like running the Trucks at Dover. They are fun.  Dover is a good place for me.  I like going to the ‘Monster’ and hopefully it’s another good one for us this time around where we can try to go for another sweep.  I feel pretty good about that, and knowing that we run well there and hoping to keep that streak of running well there.”

TODD BODINE, No. 30 Germain.com Toyota Tundra, Germain Racing Do you enjoy racing at Dover? “Dover is a lot of fun.  It’s one of those tracks that you really have to get on the wheel and drive hard, but at the same time it’s very easy to over drive and mess your lap up.  It’s a driver’s track — it’s tough.  It takes a lot of gumption to get around there and do it fast.  The concrete surface makes it more consistent through a run, through a race of day when the sun versus clouds and temperature.  Concrete is just a much more consistent surface to race on.”