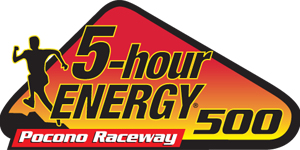 Three Toyota drivers — Busch, Denny Hamlin and Michael McDowell — combined to lead the field six times for a total of 79 laps (of 200). Hamlin led 76 laps, Busch was at the front of the field for two laps, and McDowell led one lap.

Hamlin is now in 12th-place in the unofficial NSCS point standings after Pocono, and he is now nine points out of 10th- place in the standings.

KYLE BUSCH, No. 18 M&M’s Toyota Camry, Joe Gibbs Racing Finishing Position: 3rd How do you feel about your third-place finish? “It was a really, really good day for us. Started out a little rocky, but we were able to make it through everything and not have any problems and come home with a solid third-place finish. All these guys on this M&M’s Camry team — they did a great job. Can’t say enough about Dave Rogers (crew chief) for going with me and going and talking to the 11 (Denny Hamlin) guys and really sitting Mike Ford (11 crew chief) down and Denny Hamlin down and trying to figure out what we needed to do and what direction we needed to go. We did that this weekend. We kind of went their direction and it worked for us. It was a good car, it was a good setup and again my guys were awesome on pit road today. They kept giving me good pit stops to get up there. We didn’t have any trouble. Solid, methodical finish here in third.”

How much did you work on the handle of your car? “We worked on it every pit stop. Just minor things — a little here or there and some air pressure, some track bar, some wedge maybe. It wasn’t anything that we had to make a big swing. We kept clicking it off — we kept getting closer to the front and the car kept driving a little bit better and a little bit better the more we got there. Once we got up that way, it seemed to be pretty good. There at the end, the 48 (Jimmie Johnson) was coming on me and he was doing really good. All I cared or hoped was that the checkered flag would come soon enough.”

What was going on between you and Kevin Harvick early in the race? “I’m not really sure to be honest with you. I was running my own race. It was another car I had to pass. Seemed like he (Kevin Harvick) was trying to make it awfully difficult on me. There’s a couple times where I just had to back off and wait, got back to him and tried to pass him again. Maybe kind of shows his character and who he is, how he feels he needs to race on the race track. But it’s not my fight. He’s trying to turn it into one.”

Do you feel like you are starting to figure out Pocono? “This isn’t one of my best. Today we had a good run. That’s all I could ask for. I can’t say enough about Dave Rogers (crew chief) — the work he did this weekend. We both did a lot of work. I stayed up studying a lot of stuff. He did as well. Talking with Mike Ford, Denny Hamlin — getting those guys to really help us out. It was a shame to see Denny have his problems that relegated him to deep in the field with a flat tire after a pit stop on pit road. That was a shame. They helped us an awful lot, gave us a lot of notes to go off of, a lot of things to try. It was up to me and Dave to put it in the car and up to me to make it work.”

MARTIN TRUEX JR., No. 56 NAPA AUTO PARTS Toyota Camry, Michael Waltrip Racing Finishing Position: 10th How did the weather and shifting affect the race? “The sun and clouds didn’t seem to be that big of a deal. The shifting was fun — that made it a lot more fun, especially on restarts. If guys got checked up a little bit then you could get third and you could get a run. It was a lot more fun than in the past here. We were a lot busier, which was a good thing.”

MARTIN TRUEX JR., No. 56 NAPA AUTO PARTS Toyota Camry, Michael Waltrip Racing (continued) How was your race today? “That was a hard fought 10th. Just proud of the guys on pit road and proud of Chad (Johnston, crew chief)