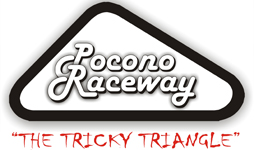 A TUMS’ “Fights back fast”MOMENT

(For each of the 36 races during the 2011 Sprint Cup season, TUMS will provide a brief historical recap of a moment when a team fought back to overcome an obstacle, one that can easily be described as a TUMS “Fights Back Fast” Moment.  This week, the focus is on Pocono Raceway).

The date was July 21, 1985. Bill Elliott, driver of the Melling Racing Ford, enjoyed his winning ways throughout the 1985 Winston Cup season by scoring his eighth of 11 wins in the Summer 500 at Pocono Raceway. Even though his season was one of NASCAR’s greatest success stories with his family-owned team, the Dawsonville, Ga., native finished second to Darrell Waltrip in the season-long point standings.     NOTE:  TUMS is the sponsor of the TUMS Fast Relief 500, the seventh race in the Chase for the Sprint Cup, at Martinsville Speedway on October 30.

Elliott passed Geoff Bodine, driver of a Hendrick Motorsports Chevrolet, with 10 laps remaining for the lead when Bodine’s brakes began to fail. Once Bodine faded back, Elliott had to fight a fierce battle with Neil Bonnett, driver of Junior Johnson’s Chevrolet, for the victory. Bonnett was the third of the top-three drivers in contention for the win in the closing laps and proved to be an even bigger challenge to Elliott than Bodine just before the checkered flag was displayed.

“We had to fight for this one,” Elliott said in victory lane.