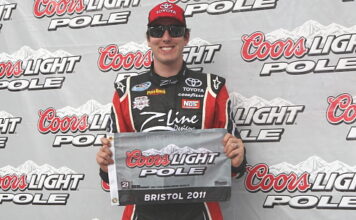 Kurt Busch declined an offer from Penske Racing to replace teammate Brad Keselowski, who will be sitting out his fifth consecutive Nationwide Series race as he recovers from a broken ankle.  Busch wanted to focus on the Sprint Cup Series No. 22 instead.

“I thought the best opportunity for us to get our Cup program where it needed to be was to focus just 100 percent on it,” Busch said.

Parker Kligerman will be replacing Keselowski in the No. 22, he qualified 12th.