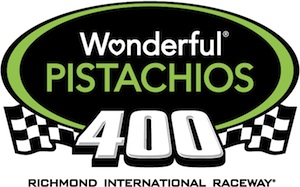 RYAN NEWMAN, NO. 39 US ARMY CHEVROLET, met with members of the media at Richmond International Raceway and discussed his special paint scheme for the weekend, the news from Kevin Harvick and KHI and more. Full transcript.

TALK A LITTLE BIT ABOUT COMING IN TO THIS WEEK IN ATLANTA AND THIS LAST RACE BEFORE HEADING INTO CHICAGO: “First thing is first, I’m really proud of my US Army team just to have the opportunity to have a free race I guess you can say. We’re here for the race, we’re here for the win but from our standpoint we’re not having to be in a points racing position which is the first time in my career coming into this race that I’ve been able to do that. Just very thankful for the team and the same it’s a track that pretty much everybody that I know of looks forward to coming to race. It’s a lot of fun both the night races here but just in general around this race, the excitement around the points situation for everybody. It’s Richmond.”

TALK ABOUT YOUR PAINT SCHEME FOR THIS WEEKEND AND WHERE YOU WERE ON 9/11 AND HOW IMPORTANT IT IS FOR YOU TO RUN THIS PAINT SCHEME THIS WEEKEND: “I’ve always said its special representing the military, the US Army in particular. To have those that were fallen soldiers in the Pentagon is something that is kind of a bitter/sweet thing to talk about because we want to give them recognition but they are no longer here to receive that recognition. So it’s about the families and the idea that the people make a sacrifice and it’s something we all need to be grateful for to respect our freedom and things we can do in our country. To have 75 names of people that lost their lives in that attack on 9/11 is something that is bitter/sweet to talk about.”

MOST OF THE SEASON YOU’RE NOT RACING ON A BIG ANNIVERSARY LIKE 9/11, DOES THAT ENTER INTO YOUR MIND WHEN YOU’RE ON THE TRACK? “When I’m on the race track no. Before I get on the race track yes. On the race track I’m thinking about what I have to do to hit my marks and give our team the best potential possibility for a victory. Yeah, there’s a lot of thought that goes into it. I’m sure the pre-race festivities will be special. Just thinking about those that we’ve lost and the families that it affected, the friends and how it changed our lives forever. I was never a history buff in school but this is one thing that we’ve all at least lived through from a historic standpoint that changed our lives and is something that will be in the history books for years to come. The way it affected our freedom, the way it changed our perspective on our vulnerability is something that we all need to keep in the back of our minds but when I’m on the race track it’s all about racing.”

HAVE YOU THOUGHT ANY MORE ABOUT TAKING NIGHT CLASSES IN PSYCHOLOGY OR SOMETHING LIKE THAT TO CALM DOWN THINGS ON YOUR RACE TEAM? “(laughing) I just wanted to make sure you knew what your question was going to be. I still didn’t catch your question.” YOUR TEAMMATE IS A LITTLE MORE VOLATILE TODAY I GUESS AGAIN, HOW DOES THAT AFFECT A TEAM LIKE THIS? “I don’t think he’s really having a bad day he probably just didn’t want to talk to you. (laughter) I haven’t seen him having a bad day. This is an important weekend for him and our team and our organization obviously. It’s not like he’s top of the board in practice but I think he’s got a good car. We’ll see. Maybe it

KEVIN (HARVICK) WAS IN HERE EARLIER TALKING ABOUT HOW HE’S NOT GOING TO FIELD HIS TRUCK TEAM ANYMORE, CARL (EDWARDS) SAID A COUPLE OF WEEKS AGO HE’S NOT GOING TO RUN NATIONWIDE FULL-TIME ANYMORE, CAN YOU FORSEE A DAY WHEN GUYS ARE SCALING BACK THEIR EXTRA CURRICULAR ACTIVITIES BECAUSE THIS HAS GOTTEN TO THE POINT WHERE THEY HAVE TO PUT MOST OF THEIR FOCUS ON THE CUP STUFF? “I don’t know that it’s so much the focus part of it as it is sometimes it’s just time for a change. You look at Carl, he’s pretty much done it all. He’s won the championship, he’s been very successful. Kevin has been very successful from an ownership standpoint, from a driver standpoint so I don’t know that you can necessarily say that it’s all that, maybe it’s a part of it but it’s the extra-curricular part of it. This is what we love to do and there’s a way you can get burned out on it if things aren’t going well. There’s also that extra enjoyment you get out of it when they are. So, it’s a little bit of a risk/reward situation but sometimes it’s just time for a change or time to mix things up or cut back. From my standpoint I like to add on. I’d like to do some more of those things because I’ve run one Nationwide race and one Truck race this year but that’s the opposite side of the coin I guess. I think there’s a happy medium for me. Eight, ten, twelve races whether it’s Nationwide or Truck that I would like to do to have fun at the race tracks I like to have fun at when you can match the sponsorship dollars to the requirement for a team.”

BACK TO 9/11, WHERE WERE YOU 10 YEARS AGO THAT DAY AND WHAT STANDS OUT IN YOUR MIND THAT DAY? “We had one of them radios in the shower and I was standing in the shower and was listening to that radio. They were talking about it and Krissie, we were dating at the time, and I don’t think she was home I think she was at her work and I got out of the shower and called her or she called me vice versa and it was like is this really happening. It was almost like form back in the day when they talked about the aliens coming. It was like one of those moments when you question the fact what exactly is happening and how much of it is true and unfortunately it was true. The honest answer was I was standing in the shower listening to the radio. You know the kind that hangs on the back of the shower head and you’ve got to hang it just right to make sure it stays dry and all that stuff.”

IS THAT THE VIVID PART OR IS THIS REALLY HAPPENING, IS IT REALLY TRUE? “We were talking, I was at the Pentagon yesterday and got to see Arlington and went around DC a little bit, but we were talking about different things and how it kind of baffled everybody. It caught us with our guard down when it happened and when you’re not in DC or New York to see some of the things that happened you really question did it really happen. Who is playing the prank, what radio station am I listening to? Sometimes you never know, but like I said that’s where I was and that’s what I thought.”

Founded in Detroit in 1911, Chevrolet celebrates its centennial as a global automotive brand with annual sales of about 4.25 million vehicles in more than 120 countries. Chevrolet provides consumers with fuel-efficient, safe and reliable vehicles that deliver high quality, expressive design, spirited performance and value. The Chevrolet portfolio includes iconic performance cars such as Corvette and Camaro; dependable, long-lasting pickups and SUVs such as Silverado and Suburban; and award-winning passenger cars and crossovers such as Spark, Cruze, Malibu, Equinox and Traverse. Chevrolet also offers “gas-friendly to gas-free” solutions including Cruze Eco and Volt. Cruze Eco offers 42 mpg highway while Volt offers 35 miles of electric, gasoline-free driving and an additional 344 miles of extended range. Most new Chevrolet models offer OnStar safety, security and convenience technologies including OnStar Hands-Free Calling, Automatic Crash Response and Stolen Vehicle Slowdown. More information regarding Chevrolet models can be found at www.chevrolet.com .