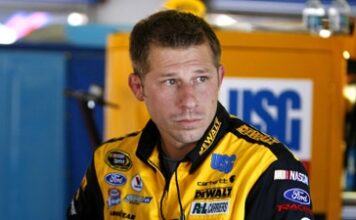 Wilson and Harvick have worked together in 2006 to earn 10 wins, 24 top-five and 31 top-10 finishes in the Nationwide series en-route to winning the championship. The team had an 824-point margin of victory, creating a new series record. It came as a bit of a shock when Stewart’s crew chief Darian Grubb announced at Homestead that he was released from the team at the end of the 2011 season.  The news of him leaving Stewart-Haas came shortly after he led the team to winning the Championship.  As of now, Grubb has not announced what team he will be with next year.

The garage rumors say that he may rejoin his former co-workers at Hendrick Motorsports, possibly as a crew chief for one of the team’s four cars. Team owner Rick Hendrick told reporters during a teleconference Monday morning that his crew chief lineup is set for 2012. However, Hendrick did admit to making Grubb another offer to rejoin the team.

Rumors have been confirmed this week that Drew Blickensderfer will join Richard Childress Racing next year to crew chief the No. 31 team with driver Jeff Burton.  Luke Lambert, interim crew chief during the closing weeks of the 2011 season, will remain at RCR in a yet-to-be announced position. Blickensderfer is leaving Roush Fenway racing after nearly ten years with the team, most recently as the crew chief of the No. 6 team with driver David Ragan.