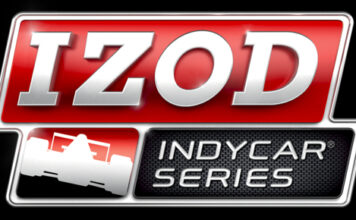 Two weeks ago, Tony Kanaan hinted towards Rubens Barrichello that he should come try the IZOD IndyCar Series out. That small hint has now turned into a deal into the making as the Formula One veteran tested a car for KV Racing.

“We’ll see,” Barrichello said after the first day of testing at Sebring on January 30th. “I don’t have anything else (competitive driving), so we’ll see.”

Kanaan pulled out all the stops for his friend as he welcomed him with a dinner that included fellow IndyCar drivers Helio Castroneves, Will Power and Oriol Servia on January 29th.

“Over the winter we talked about it, but it became serious when I was testing (at Sebring) and they announced that he wouldn’t be with Williams, and I tweeted a picture of my car saying ‘It’s ready for you,'” Kanaan said. “Then I called him up and said, ‘Hey, you want to come test at the end of the month?’ And he said yes, so I called Jimmy (Vasser).

“It’s great to have a guy I can call a brother with us. (His future) is in his hands. Right now, it’s just an invitation for him to help us out as far as his feedback. Nineteen years in Formula One, the guy has so much knowledge we need to take advantage of . What goes beyond that, it’s up to him.

“Knowing Rubens, his timeline will be pretty short. By the time he gets out of the car (Jan. 31), he’ll have a pretty good idea what he wants to do. Right now, we don’t have anyone signed for the other two cars. You can tell by his face he’s having a lot of fun.”

IndyCar CEO Randy Bernard was also on-hand and would like to have Barrichello in the IndyCar Series.

“If Rubens joins the IZOD IndyCar Series, it continues to strengthen the caliber of drivers that we’re attracting,” Bernard said. “His record alone is the type of excitement that we want to build within the series and give our fanbase. When you look at the history of Indy car and the greats such as Nigel Mansell and Emerson Fittipaldi, it only helps the stature of Indy car. If there is a transition, I want him to know that we’re here to help him.”

Barrichello has had notable success in F1 as he has 11 wins, 68 podiums and 14 pole positions, though was replaced by Bruno Seena at Williams F1 at the end of the season.

Kanaan and Barrichello are close as Kanaan is the godfather of one of Barrichello’s sons.