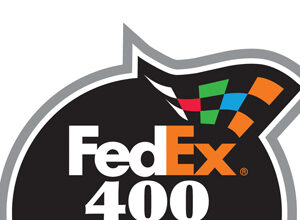 [/media-credit]CORNELIUS, N.C. – No. 55 Aaron’s Dream Machine driver Mark Martin remembers his first race at Dover International Speedway in the Mason-Dixon 500 on May 16, 1982.

The 23-year-old rookie driver from Batesville, Ark. started seventh in the 32-car field and finished fifth just four laps behind winner Bobby Allison. At the end of the four-hour and nine-minute race, Allison enjoyed a three lap cushion over second- and third-place finishers Dave Marcis and Dale Earnhardt.

Only 14 cars were on the track when the checkered flag fell. But Martin was one of them and he knew then that he liked the place.

“I remember going there in 1982 and remember how much fun it was to drive,” recalled Martin who went on to win four Sprint Cup poles and races at the “Monster Mile.”

There are a lot of differences between Dover then and now – a more competitive field, tons more seats, the addition of a 46-foot Monster statue, and the race is shorter race by 100 miles. The greatest change might be the asphalt track from the 1980s was concreted in the mid 1990s.

“It was a better place to race on when it was asphalt which is true for all tracks,” said Martin. “On asphalt you can slip and slide the car around more than you can on concrete. But, Dover is so awesome that even in concrete it is good.

“Now, if I was the track owner then every one of my tracks would be concrete so I wouldn’t have to repave it every 10 years.”

Martin is in his first year driving a Michael Waltrip Racing Toyota on a limited schedule. He’s already claimed two poles in his nine races and posted four top-10 finishes. He’ll look to make those numbers even better this weekend in Delaware.

“Dover is one of my very favorite race tracks. It’s fun now and it always has been fun. It’s a place where I’ve always gotten above average results. I really like it. I can’t wait to drive (crew chief) Rodney’s (Childers) car there. I think we’ll be super strong and have a shot to win the thing.”

·      TESTING: The No. 55 team tested on the road course at Virginia International Raceway on Tuesday with Brian Vickers behind the wheel.

· DRIVE FOR THE COVER: Activision and NASCAR Team Properties have created an exciting campaign that invites fans to vote for their favorite NASCAR driver to be featured on the cover of NASCAR The Game: Inside Line due to be released this fall. The campaign will position 32 drivers in a five-round bracket-style tournament to select the cover driver for this year’s game. Click here to vote for Martin.

·      AARON’S: Right now during Aaron’s 2000th Store Celebration you are pre-approved for up to $2000 in merchandise.*  Aaron’s is your trusted source for quality lease to own furniture, electronics, appliances & computers at guaranteed low prices. Shop at your nearest Aaron’s store location or Aarons.com to view our lease-to-own products, including dining room tables, TVs, tablets, appliances, computers & more…*PRE-APPROVAL minimum requirements include, but are not limited to, a source of income, a place to live and 3 references.

· Action “above and beyond” the normal job.

· Car retains the lead during a pit stop.

· At least two spots gained on pit lane in the top 20.

· DEDICATION— No. 55  2nd gas man Greg (Tiny) Moore shows off the haircut he sported at Charlotte Motor Speedway last weekend. The No. 55, MWR logo, American Flag and Coca-Cola 600 emblem were all part of the haircut design.