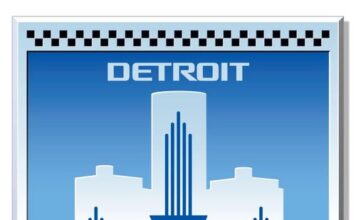 Dixon started the race from the pole in the No. 9 Target Honda and commanded the lead through the first round of green flag pit stops on Lap 32. While maintaining the lead, a full-course caution was called on Lap 40 for two disabled cars. A two-hour red flag was called on Lap 45 to make track repairs and the race was then shortened from 90 to 60 laps. Dixon led the restart with 13 laps to go as rain began to fall on portions of the course. Two additional cautions came out before Dixon was able to take the checkered flag for his first win in the 2012 IZOD IndyCar Series season.

Franchitti started from the 14th position in the No. 10 Suave Honda and passed four cars on the opening lap to take 10th position. On Lap 24, while trying to pass a slowing car, Franchitti clipped his left front wing on the right-rear of the slowing car. Three laps later, on Lap 27, Franchitti made his scheduled pit stop. His crew surveyed the front wing damage and decided it would not impact him finishing the event, but made adjustmentsto the damaged front wing. Franchitti left pit road in the 15th position and by Lap 37 he was running eighth. After the track repairs, Franchitti restarted in sixth. He passed two cars going into Turn 1 after the restart to advance to fourth. A caution was called on Lap 47 for cars spun on the course as a light rain began to fall. On the Lap 50 restart, Franchitti gained two additional positions to take second when another caution flew on Lap 51. He restarted second on Lap 54 and followed Dixon across the finish line six laps later.

With the result, Dixon improved two positions and moved up to second in the IZOD IndyCar Series point standings with 206 points, -26 points behind leader Will Power. Franchitti improved three positions, moving up to fourth in the standings with -176 points.

Honda remains second in the manufacturer point standings with 42, closing in on Chevrolet with 48. Lotus remains is third with 24 points.

Up next for Team Target is Round 7 of the IZOD IndyCar Series is the Firestone 550 at Texas Motor Speedway on Saturday, June 9 at 8:00 pm ET on NBC Sports.

– This was the first race at the Raceway on Belle Isle since 2008.
– Dixon led every single lap in the race (60/60).
– This is Dixon’s first win of the 2012 season and his 28th in Indy car competition.
– This marks Dixon’s third win on a street course.
– With the win, Dixon passes Johnny Rutherford for sole possession of 11th on the all-time Indy car wins list with 28. He is now one win away from tying Rick Mears for 10th with 29.
– Dixon gave TCGR its second win at the Raceway at Belle Isle (Alex Zanardi, 1998)
– This is TCGR’s 88th win and CGRT’s 147th win overall.
– This win is also the 97th win for the Target Race Program.
– The last race Dixon led every lap in was in 2003 at Richmond International Raceway. Dixon led all 206 laps on the 0.75-mile oval.
– Dixon has led at least one lap in five of the six races this season.
– Franchitti earned his 109th career top-five finish.
– With yesterday’s finish, Franchitti now has 33 top-fives on street courses.
– This is the 15th 1-2 finish for TCGR and the eighth for Dixon and Franchitti since becoming teammates in 2009.
– This is the 32nd double podium for TCGR and the 16th for Dixon and Franchitti since becoming teammates in 2009.
– This is Franchitti’s fifth top-five finish in seven starts at Belle Isle.

Scott Dixon: “I am super happy for the team – a one-two finish for the Target boys for the second week in a row. Dario must have driven so hard at the end on those red tires to get up to second. Hats off to the fans who stuck around through something that was totally unexpected. I’d like to give a lot of credit to everyone at INDYCAR and the Detroit staff for getting the track back in shape so we could race. The final 15 lap shoot-out was exciting for me – so I sure hope the fans liked it. A one–two-three finish for Honda today in a Chevy race is definitely a feather in Honda’s hat this week. It is great to be back in Detroit and I hope we are here for many years to come – great fans, volunteers and staff. In the end, it was a good week for everyone.”

Dario Franchitti: “I thought in the first couple of laps I had a chance, but I didn’t, Dixon was too quick. And with our car breaking the front wing early on, the more the run went on, the more understeer it got. But that’s not to take anything away from the job Dixie did, and a one-two for Team Target after his brilliant qualifying and my abysmal one, we’ll take it. I love driving with this team, they keep telling me just don’t give up. The pit stops are always great and they keep motivating me to keep going and I love it. And when you’ve got a teammate like Dixon, you just can’t hide, you know if you’re a little bit off he makes you look stupid, and he was awesome today.”

Chip Ganassi has been a fixture in the auto racing industry for over 25 years and is considered one of the most successful as well as innovative owners the sport has anywhere in the world. Today his teams include four in the IZOD IndyCar Series, two cars in the NASCAR Sprint Cup Series, and one Daytona Prototype in the GRAND-AM Rolex Sports Car Series. Overall his teams have 14 championships and 147 victories, including four Indianapolis 500s, a Daytona 500, a Brickyard 400 and four Rolex 24 At Daytonas. Ganassi boasts state-of-the-art race shop facilities in Indianapolis and Brownsburg, Ind. and Concord, N.C., with a corporate office in Pittsburgh, Penn.