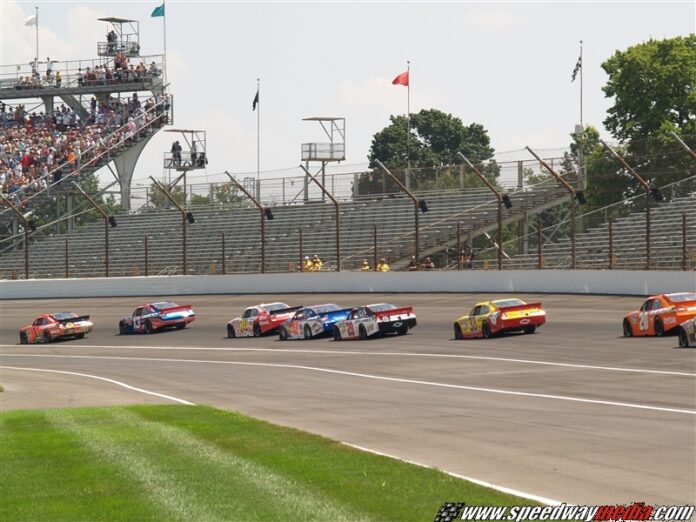 [/media-credit]Super Weekend 2012 seemed like the perfect idea. We would see Nationwide cars accompany the Sprint Cup cars at Indianapolis along with the Rolex Sports car Series in the same weekend. All of the different series racing on the same weekend and at the same track would bring some problems but we didn’t think it would create as many issues as it has.

Skimming over the basic on-track schedule, I see that the Nationwide Series will have all their practice sessions crammed in on Thursday and then they wouldn’t be back on track until Saturday. Over a day off track could create some problems for the teams. The limited experience Nationwide regulars have at Indianapolis and just two practice sessions also raises an issue. Indy is one of the toughest tracks to race on and giving drivers who have never raced on the track only two practice sessions to learn the track isn’t a great idea and it could bring hectic measures.

At Indy this weekend we have three different series essentially racing on three different days instead of being combined and racing on the same day to have a somewhat normal schedule. One of the issues with the schedules being combined would be the track switch over which will need to take place for the Rolex Sports Car Series. The Rolex Series is racing on Indianapolis’s road course inside the track and so the track will need to be adjusted for when those cars take the track. That’s why the schedule seems hectic but in all, it actually makes some sense. After the Nationwide teams practice on Thursday, the track officials will adjust the track to the road course configuration by adjusting barriers and the Rolex teams will practice Thursday and have Friday to themselves .

After Friday, the Rolex Series will have finished their race weekend and it will leave only the NASCAR series still racing at Indy. On Saturday, the Sprint Cup Series will take to the track for the first time and practice and qualify within eight hours. That time frame seems hectic and it is. Teams will have little time to make major adjustments to the car before qualifying and after qualifying they aren’t allow to make major adjustments without serving a penalty. After the quick Sprint Cup action on Saturday, the Nationwide Series is set to begin their race at 4 PM EST, which is a pretty late time to start the race. After Saturday, the craziness should end and we will have a normal race day on Sunday without any major issues.

The track schedule for this weekend sounds crazy but at the same time it makes some sense and in the end we will look back on the weekend and hopefully think positive about how everything turned out. We are racing at the famed Brickyard this weekend and that should bring excitement in its self.