The Once and Always King 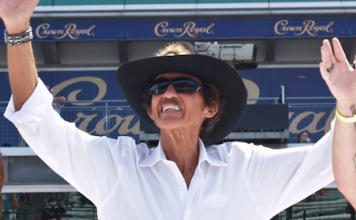 [/media-credit]I remember when the King was, well, the King. Back in those days the King won everywhere and bagged seven championships. They weren’t consecutive because there wasn’t a lot of multi-car teams and none named Hendrick Motorsports. He was simply the best no matter where the circuit went. He won at half-miles, dirt tracks and super speedways. It was just the way it was. He drove Plymouth’s, Dodges, and even several GM brands, but he was always winning until he decided to hang it up.  Since then it has been tough for Petty Enterprises.  The group that created all those wins is gone and today it’s Richard Petty Motorsports with a financing group behind him, but the King clearly in charge. Nothing has changed but the domination.

I remember how much the competition hated him. Ford hated him and his organization so much that they made him part of their team in 1969. He did well (10 wins), but he came back to Plymouth in 1970. Much like Jeff Gordon in the 1990’s and Jimmie Johnson today, he was loathed by most everyone except the loyal fans. And yet, he became the most beloved of all drivers. The once and future King.

On Sunday, just like a year ago, Richard Petty returned to victory lane. This time it was as a car owner and Marcos Ambrose was the driver. The road racing specialist fell behind and came back and battled Brad Keselowski for an unsuspected win.  But the lineage was clear, Richard Petty is a winner. He doesn’t have the money of a Hendrick or a Penske or even a Roush, but he knows what it takes to win and instills in in his drivers. It worked. No one can deny that Ambrose was up on the wheel during that last lap. Seeing the King in Victory Lane was magical to many of us.

Petty spoke of his manufacturer relationship. Apparently RPM had been in negotiations with Dodge and Ford prior to Dodge’s announcement that they would be leaving the sport. Petty and Ambrose wanted to stay with Ford and his partner was more concerned with the money Dodge was offering. The decision was made with Dodge’s pullout. It appears that Petty will join the Roush-Fenway group, Penske, and Front Row Motorsports for another year with Ford. Never doubt the King. He knows the way to win. It may have taken him years to be on top of the the competition, but his comfort zone is undeniable.

Yes it was only a road race and it was the road course king winning.  But good things seem to be happening and maybe it was a stroke of luck that RPM will be with Ford for 2013.

Stability is so very important.

Ron Fleshmanhttp://www.ris-news.com
Ron Fleshman has followed NASCAR racing since attending his first race at Martinsville Speedway in 1964. He joined the Motor Sports Forum on the CompuServe network in the 1980s and became a reporter for Racing Information Systems in 1994. In 2002, he was named NASCAR Editor for RIS when it appeared on the World Wide Web as www.motorsportsforum.com. He can now be found at www.ris-news.com. Ron is a member of the American Auto Racing Writers and Broadcasters Association. You can find Ron following and reporting on the top three NASCAR divisions each week. As a lifer in his support of racing, he attends and reports on nearly 30 events a year and as a member of the motor sports media, his passion has been racing for 47 years. He lives with his family in rural West Virginia and works in the insurance industry when not on the road to another track.
Previous article
Marcos Ambrose Wins Watkins Glen
Next article
Third consecutive top three finish moves Hornish closer in Nationwide title fight