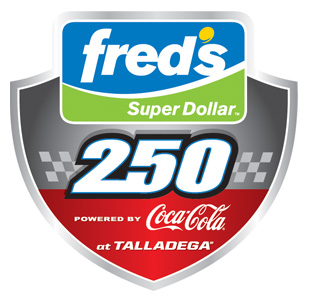 Jason White on Talladega: “Talladega is a really exciting and fun place to race. We have been really strong there, as well as Daytona, and we expect the same again this week. It is always crucial to stay out of any trouble at Talladega and sometimes that just takes a lot of luck as well as a strong truck. Also, you must have some good drafting partners and we have been able to do that the last few times here so I think we have some things lined up and hopefully they play out in our favor.”

“We have really been close to that first win the last few races at Talladega and Daytona and we are getting closer to Victory Lane. We have a strong truck with tremendous horsepower from Roush Yates Engines and all of us on this GunBroker.com team look for a very strong showing on Saturday.”

Jason at Talladega Superspeedway: This will mark Jason’s sixth career NASCAR Camping World Truck Series start at Talladega Superspeedway. His best finish was fifth during last year’s event. He has another top-10 finish to his credit while finishing ninth in the 2010 race after starting from the second position. He has an average starting position of 16.4 and an average finish of 22.0.

Race Rewind: Jason White, battling some handling issues on his No. 23 GunBroker.com Ford, wrestled away a 13th-place finish in the running of the Smith’s 350 at the Las Vegas, Nevada track. White started the 146-lap event from the 16th position as a result of his qualifying effort on Friday night at the 1.5-mile track. With an enthusiastic crowd greeting the series, White would maneuver his GunBroker.com Ford clear of many on track incidents while his crew made chassis adjustments to improve the handling. The adjustments greatly improved the performance of the No. 23 GunBroker.com Ford and Jason remained clear of various on track incidents to come home with a 13th-place finish.

The finish moved White up to tenth position in the NASCAR Camping World Truck Series drivers’ standings – a mere 11 points out of the ninth position.

“RockStar” Returns for Talladega: The GunBroker.com team will be bringing the truck they nicknamed “RockStar” to Talladega Superspeedway this week. The truck was named by Jason after his favorite song – “RockStar” performed by Nickelback. When the truck was built Jason and the team knew it was going to be good and perform like a RockStar so the name stuck. Earlier this year, “RockStar” finished a strong fifth place at Daytona after qualifying eighth. The truck has a strong track record at Talladega as well with Jason finishing ninth with it in the 2010 event after starting from outside the front row.

The Winning Way: Jason White and his GB Racing will enjoy the hospitality and accommodations at the Wingate Birmingham during their stay in Alabama this week. Seated atop a beautiful mountain the Wingate Birmingham is located near the Birmingham Airport. The non-smoking hotel in overlooks Highway 280 and is ideally situated for your Birmingham vacation or business trip. The hotel offers a free, hot continental breakfast each morning as well as free newspapers for their guests. Take advantage of free Wi-Fi Internet access throughout the hotel to look up flight times or catch up on email from your hotel room. If you need to work off some stress, head to our on-site gym, enjoy a swim in our outdoor pool or soak in our soothing whirlpool tub. Free parking makes exploring the city a breeze, and handicapped-accessible