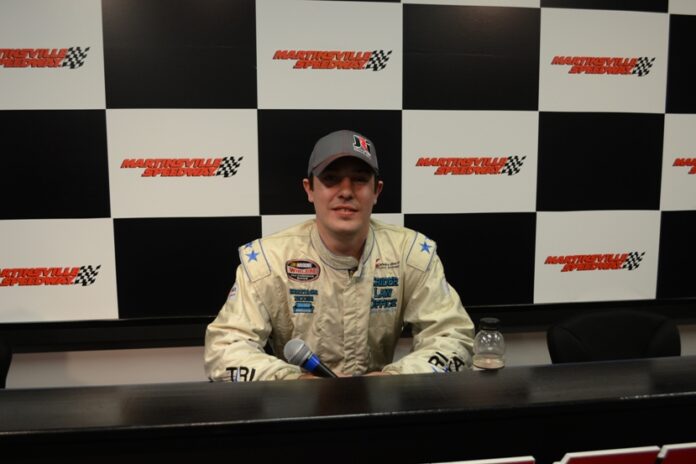 [/media-credit]The annual 300 lap Late Model race at Martinsville Speedway implemented a few changes this year, going away from the traditional qualifying format.  This seasons race will be seeded using heat races. On Saturday, drivers were divided into groups of ten cars and sent out on the track to run five laps at speed. The best lap turned of the five becomes the official “qualifying” lap. This lap time seeds the drivers into their perspective heat race with the fastest starting on the pole in heat race 1, second fastest lap will start from the pole in heat race 2 and so on.

Obviously, this format was a great idea.  After the dust settled Saturday the two fastest drivers were tied down to the thousandth of a second! The fastest “qualifier” had to be determined by the NASCAR Whelen All American Series national points standings. That tiebreaker gave the pole to the 2012 National Champion, Lee Pulliam. Matt McCall will officially be second and will start from the pole in heat race 2. Mike Darne will start up front in heat race 3, and Garrett Campbell will be leading the way in heat race 4.

Each heat consist of twenty cars and drivers must finish in the top eight in their heat to make the main. Heat race results will seed 32 cars, a last chance qualifier race will be held with the top ten finishers completing the 42 car main event. If Saturday’s results are any indication, the racing Sunday will be phenomenal.