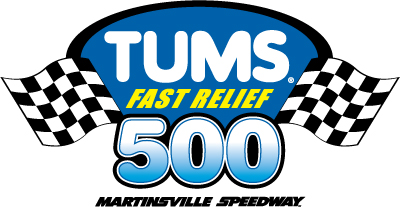 The Michael Waltrip Racing driver owns three top-five and four top-10 finishes in just seven races in the No. 55 in 2012. The Rodney Childers led team is 14th in owner points with a driver lineup of Mark Martin, Vickers and Waltrip in 2012.

VICKERS ON MARTINSVILLE: “Martinsville should be much better for us this time around. We were a bit off in the spring and couldn’t get the car to handle right. Since that time the engineers at MWR have worked hard to figure out where we went wrong and how to make the set up better. So I’m looking forward to going back there. We’ve run better each time we’ve gone to the track for the second time.”

2012 SEASON: “This is my last race of 2012 with these guys. I can’t thank them enough. I can’t thank the whole MWR organization enough. They are truly an awesome bunch to work with. Whether its Michael (Waltrip) , Rob (Kauffman), Ty (Norris), Rodney (Childers) – the road crew- the front office staff- the pit crew- everyone. They have been a blast to run these races with. Thanks to Toyota, Aaron’s, RK Motors, MyClassicGarage.com, Jet Edge, Freightliner and all the other partners on this car.

HIS ROLE: “I’m very fortunate to be able to share the No. 55 with Michael and Mark. It’s also been great to be a part of the whole progress of the team. Hopefully, the other people on the team have valued my input as I have valued their information. I wish them all the best in the rest of 2012- especially Martin and Clint in the rest of the chase and look forward to hopefully being a part of the organization into the future. Hopefully Rodney and Mark can put one in victory lane as well.

· AUTOGRAPH SIGNING: Vickers will participate in a NASCAR autograph session Friday at 5:45 p.m. in a tent outside the track’s main ticket office. He will also sign at the MWR souvenir hauler at 10:45 a.m. Sunday.

· 2012: Only 15 drivers have more than the three top-5 finishes that Vickers owns in his seven races. Eleven drivers own a better average finish than Vickers’ 14th-place average

· MyClassicGarage is the ultimate online tool for the classic, muscle, and high performance car collector. Manage every aspect of your car collection from service, logistics, events, financials, and documentation. Never before have car owners had at their fingertips better resources to track and take command of their vehicle investments. Every car enthusiasts understands the allure of the open road, a beautiful cockpit, or a once reliable cruiser brought back to life. At the very heart of the car culture are passionate people, not big corporations. Giving power to real car lovers is the vision of MyClassicGarage. Claim your free online garage today at www.MyClassicGarage.com