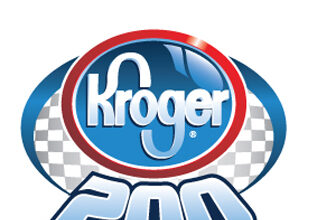 Ryan Blaney (No. 29 Draw-Tite RAM) Finished 8th “We could definitely make up some spots on restarts. We weren’t really that good on the long run. Restarts get really tight and lose a lot of drive off long run but restarts I thought we could really move and gain spots and you know creep up there on the outside. That was definitely one of the widest races I’ve ever been in. We destroyed the nose on our Draw-Tite RAM when they all stacked up on a restart and that definitely didn’t help. If I had to move someone out of the way I didn’t want to do it and hurt it more. I think we could have finished fifth. We got messed up on one start. Every time you bring it home from Martinsville it’s always an okay day.”

YOU DAMAGED THE FRONT END OF YOUR RAM ON A RESTART HALFWAY THROUGH THE RACE. WHAT HAPPENED? “I think the 27 (Ryan Truex) missed a shift and couldn’t find a gear. As soon as I got wide open and shifted to third I was plowing into the guy in front of me and the guy behind was pushing me also. It was one of those deals where someone misses a shift and at this place there’s nowhere to dodge ‘em. That was a bad deal but that happens.”

HOW DOES RACING AT MARTINSVILLE COMPARE TO SOME OF THE OTHER SHORT TRACKS THAT YOU’VE RACED AT? “It’s not your typical short track. There are definitely unique characteristics about it. Probably one of the hardest short tracks I’ve raced at. It’s a very difficult place, especially in these heavy and high-powered trucks. It definitely is one of a kind and definitely the hardest one I’ve ever been to.”

WAS TODAY THE MOST PHYSICAL TRUCK RACE YOU’VE BEEN IN SO FAR THIS SEASON? “Oh, it is, you’re just holding on the steering wheel so if someone hits you hard enough you’ll let go of the steering wheel. That’s definitely the most physical race as a driver and people running into each other. I’m pretty worn out, actually. You drive this place hard. I can’t imagine going 500 laps here.”

WHAT DID YOU LEARN WHEN YOU COME BACK HERE? “Try to stay up front. Track position is pretty big. It’s so hard to pass. If we could have qualified better and if we were better initially we might have been able to stay up there. We got so bad at the end of that first run I think we almost got lapped. We could not turn and we just had no drive off and we were going straight backwards and got saved by that caution. If you’ve got a fair truck and if you start up front you can kind of stay there.”

THIS IS YOUR FOURTH TOP-10 FINISH IN SIX STARTS THIS SEASON. “I’d rather it was a top-five but it proves the consistency of Brad Keselowski Racing and it proves that we’re getting a little bit better. I think they definitely struggled here the first race of the year and we got a little bit better so we’re gaining here.”

Doug Randolph (Crew Chief, No. 29 Draw-Tite RAM) IS THAT THE MOST DAMAGE YOU’VE HAD ON A TRUCK THAT FINISHED THAT WELL? “I’d just say that’s typical damage for Martinsville. The front end was obviously torn up pretty bad but none of the major parts were damaged too badly. The radiator wasn’t far from being gone but it lasted the whole race. You can’t argue with that.”

DID YOU MAKE YOUR RAM BETTER ON THAT LAST STOP? “I would like to say we did. I don’t think we really made it any better. I think Ryan figured out with the long run early what the issues were with our truck and learned the next run how to manage them a little bit and learned the last run how hard he could go and take advantage of things when he needed to. I really felt like he learned all the issues that are Martinsville this weekend. He did a great job and I’m sure next time he comes back he’s going to be tremendously better.”

IT SEEMED LIKE YOU GUYS HAD A LITTLE BIT OF EVERYTHING HAPPEN TO YOU TODAY. YOU MUST BE PROUD OF YOUR TEAM AND DRIVER. “Yeah, absolutely. He did a great job. Like I said, that long first run we had some issues and lost some speed and we were losing our forward drive and lost quite a few spots there but he got somewhere comfortable and learned how to manage it and managed it until the caution came out which is what you have to do. And then I think we worked on it and made it a little better and the runs were shorter which helped us out then.”

Official Release
Previous articleLap by Lap: Denny Hamlin wins the Kroger 200 at Martinsville Speedway
Next articleHamlin Races From Back Of The Field To Win Kroger 200 At Martinsville