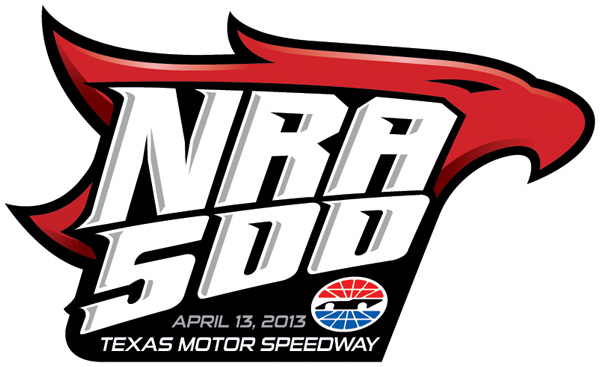 ARIC ALMIROLA – No. 43 Eckrich Ford Fusion – “That’s gonna hurt us. I’m disappointed that we have that fast of a car this weekend, but our luck in the draw has just been horrible. We’ve gone out in the top 12 every week, so I don’t know. We’re not doing something right with the draw, but our cars are fast. This weekend proves that because we’ve got a really fast car. I’m real happy with the Ekrich Ford Fusion that Todd Parrott brought me. That thing drove really nice, so I don’t know where that will hold up. It felt like a great lap, but I think the track is just gonna get more grip and everybody is gonna go faster and faster.”

TREVOR BAYNE – No. 21 Motorcraft/Quick Lane Ford Fusion – “A lot of big things have happened for us at Texas. It seems like we’ve always had big moments here. We got our first Nationwide win here and this is where I made my first Cup start, so my second Cup win or second Nationwide win would be nice this weekend. We were a little free right there in three and four to be able to get back to the gas and a little bit tight in one and two, so I have no idea how that’s gonna stack up. We went out so early, but that was way faster than anything we did in practice, but I think the track is gonna pick up as it cools off. The shade is coming out, so it’s kind of at our disadvantage to go out that early, but I think we’ll be OK.”

GREG BIFFLE – No. 16 3M Ford Fusion – “I was kind of tight in the middle of three and four and had to come out of the gas. I had a really, really fast car, but we’ll have to come from the back. It will be alright.”

CASEY MEARS – No. 13 Geico Ford Fusion – “I think it was decent. Obviously, guys ran a little quicker but we picked up seven-tenths from practice. Guys are picking up six or seven-tenths, so we picked up relative to the field. I think we’ve got a little better direction for tomorrow, too. That second practice really threw us for a loop being really slick and loose, but when the sun went down there’s grip back in the track, so I think we’ve got some direction for tomorrow and it will be a decent spot for the race.”

CARL EDWARDS – No. 99 Fastenal Ford Fusion – “That’s pretty good. The lap Aric ran is spectacular. I felt like our lap was very good. I’m very proud of it. It was about a second faster than what we ran in practice, so the guys did a great job. We’re hoping to get this Fastenal Fusion in Victory Lane. It’s really fun to win these races. Eddie makes it a blast. You get to shoot the six-shooters down there and there are fireworks going off and cowboy hats. It’s a very cool place to win a race and hopefully we can get Fastenal to Victory Lane.”

JOEY LOGANO – No. 22 Shell/Pennzoil Ford Fusion – “I was too tight. We were tight in practice and tried to adjust to it, and then we tried to guess what the track was gonna do and didn’t go enough. We were just too tight. I think we made some good progress on our car today. We got it a lot better, so we’re getting there. Slowly but surely we’re getting there.”

RICKY STENHOUSE JR. – No. 17 Best Buy Ford Fusion – “That qualifying lap felt like I had a totally different car than what we had been practicing. I guess that’s what’s good about having teammates and other people in the Ford camp is you’re able to lean on them and find out some ideas for qualifying and race setups. All in all, it was 10 times better than where we were. I think we went a second faster than practice, so that was a plus. We still have some learning to do and things to figure out, but now it’s on to the race. We’ll see if we can learn a little bit watching this Nationwide race and then come up with a good setup for the race. They’re not scared to try new things, so I think that’s a plus. We hadn’t run that setup we just qualified with, and it was a lot better than we were, so that’s a plus.”

DAVID RAGAN – No. 34 Love’s Travel Stops Ford Fusion – “We picked up a lot from practice. These afternoon practice sessions to evening qualifying means you never know how much speed you’re gonna pick up. The crew chief has to make a good decision on what adjustments need to be made to compensate for the added grip and speed, and you have to drive it a little different, but I was happy with that lap. It was a good pickup. Our Love’s Travel Stops Ford has been pretty decent all week. We’ve worked on it some and tried to make it better, and I think it’s gonna be a fun 500 miles here on Saturday night.”

MARCOS AMBROSE – No. 9 DeWalt Ford Fusion – “I’m really proud of my DeWalt team. We went through a really tough patch there the first four races and we’re running really well right now. I’m just really proud of it. I’m proud of Drew Blickensderfer for sticking by us and the whole team for not giving up on me, and we’re building better cars which is making a difference.”

ANY SECOND-GUESSING ON THAT LAP? “I’ve got to go back and look at the data to find out where I lost the time, but I was pretty happy with the lap. I thought we had a shot at it, but it wasn’t enough.”

DAVID GILLILAND – No. 38 EZ-Pawn/EZ-Money Ford Fusion — “Our weekend has gone pretty well so far. Our EZPAWN/EZMONEY Ford has good speed. We’ve kind of fought the bumps a lot, but Frank (Kerr) has come up with a package that we feel pretty comfortable with and drove well, and I think we’re going to be good for the race. We were a little too tight there in qualifying but overall it wasn’t a bad effort.”

ARIC ALMIROLA – No. 43 Eckrich Ford Fusion – “It was a great lap for how early we went. For whatever reason, we haven’t had the best of luck with the draw. In seven races this year, our latest draw has been 15th – not that I’m complaining or anything – but we just had a great car and a great lap. Todd Parrott gave me a really fast Eckrich Ford Fusion and I wouldn’t have changed anything about my car, I would have just changed my draw. If I could have went out a little bit later, I think the track had more grip and we probably would have gone a little bit faster. All in all, it was a great run for us. It’s gonna be a great starting spot for us. I feel really good about my car in race trim, so it’s gonna be a good night, I think, tomorrow night for us. We’ll get a good pit selection for qualifying third, so I’m looking forward to the race tomorrow night.”

HOW MUCH ARE TIMES GOING TO DROP OFF FROM LAP TO LAP? “In race practice from the beginning of a run to lap 20 it was about a second, so the times are gonna fall of quite a bit and it’s gonna be important to have a good handling car. The track is gonna change a lot. We practiced all in the heat of the day and then we’re gonna go race tomorrow night, so the track is gonna be drastically different than what we had for practice. There is gonna be 200 laps of Nationwide racing on the track, so there will be a lot more rubber down. There are gonna be a lot of things to think about for tomorrow night’s race, but I’m glad I’ve got Todd Parrott and my two engineers – Mark and Derek – worrying about that.”

WILL YOU RELY ON YOUR SPOTTER AS FAR AS LETTING YOU KNOW THE CLOSING RATE OF CARS? “Yeah, absolutely. We’ve seen that in practice today as well. Cars come out, like I’d come out and I was on old tires and cars behind you with new tires would catch you in a hurry, so you’re gonna have guys short-pitting and doing a lot of different pit strategies to make up time on the race track, so we’ll for sure have to be keeping that in mind. Our spotters will be really busy up on top of the tower.”

DID YOU FIND SOME SECRET YESTERDAY? WHAT’S BEEN THE REASON FOR THIS TURNAROUND? “No, I just think we typically excel on these race tracks. Todd Parrott and my 43 team, since I’ve been with those guys starting at Chicago of last year, for whatever reason the mile-and-a-half race tracks have been the race tracks we excel at. I’ve never been a guy that typically ran well at these kind of race tracks until I started driving Todd Parrott’s cars, so something that they do with their cars. I don’t know what it is, but we just always have speed at these race tracks and this is the first race track we’ve been at like this this year. California and those places, Vegas is a little bit different, but this is the first place that we’ve come to with this new car with the things that we’ve learned over the off-season. We had a really good test at Charlotte and were really fast and we took a lot of what we learned at that Charlotte test and brought it here, so I feel good about the race tomorrow night. I feel good about going back to Charlotte and Kansas next week. We ran really good there in October last year, so I think this is the kind of race track that our team does well at and that we excel at and this is proof of that.”