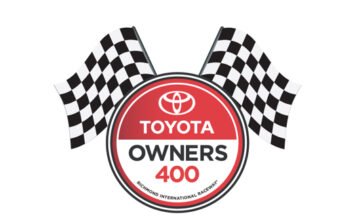 How difficult is it that this is a TRD engine and not a Joe Gibbs Racing engine that started this?

“It’s difficult. Obviously, it’s a mistake. I’m not going to call it a simple mistake because it’s a big mistake. I respect NASCAR’s view on it as far as the part was illegal so by the letter of the law, the part’s illegal and there’s consequences for that. I do not feel like the spirit of the law was compromised. That’s where we felt like the severity of the penalty is extremely harsh.”

What does the team hope to get out of the appeal?

“I don’t know, it really hasn’t been that long since all this happened. We’ve obviously had time to sit down as a group and talk about it, but short term it was like, ‘Hey let’s appeal it, let’s get back to the race track and focus on Richmond.’ We’ll get a little more time next week, especially with a Saturday night race. We’ll be able to go in with a much clearer head on Monday morning and make some good decisions for Joe Gibbs Racing. As far as what we’re trying to get out of it, we’re — I don’t know that exercise our rights is a good word, but we’re going to see how the appeals process works.”

Do you feel like the team won the Kansas race?

“Next question. We won Kansas — you can bet your bottom dollar on that. You make that change in that engine and that race doesn’t change a bit.”

What were your thoughts on some control rods being heavy compared to the one that was light?

“I’m actually disappointed that the other parts were that heavy to be honest with you. Again, when you look at the letter of the law and the spirit of the law and again, the spirit was not compromised. The average weight — I think Matt (Kenseth) had some good values yesterday to say that the average number was much higher than the minimum weight. Again, I’m not an engine builder so I wouldn’t want to sit here and give you any absolute facts, but I don’t think you have to be to look at that and look at the weight difference and the average and understand how rotating mass works and why the rule is in place to start with. Again, it was wrong and there’s consequences to that. I respect the rule book, I respect NASCAR’s stance on it, but at the same time there is absolutely not competitive advantage there. From that standpoint, when you look at rulings and you look at penalties, it’s over the top.”

What do these penalties do to Matt Kenseth and Joe Gibbs?

“He’s (Matt Kenseth) is an awesome guy. We’ve enjoyed having him here and we’ve had a lot of success so far and we’ll have a lot of success in the future. He knows Joe (Gibbs, team owner) as well as I do. He’s (Joe Gibbs) just a stand-up guy and you could not ask for a better guy to work for or even a friend. He’s an awesome guy — he would give you the shirt off his back and to kick him like that, it’s wrong. Especially what he’s done for this sport and how loyal he’s been to this sport.  Typically, Joe is the kind of guy that you can throw it at him and he’ll take it because he’s got big shoulders and he’ll move on. This isn’t right. This isn’t right for a team owner and you look at the penalty and you say, ‘Well, it’s $200,000.’ No, it’s much bigger than that. You sit down and you add up what it costs to not have the opportunity that the rest of the teams in the garage have to win an Owner’s Championship — Owner’s Championship pays a lot of money. Not only that, it affects all of Joe Gibbs Racing, it affects our sponsors long term. Again, it’s harsh and for me, I take that, I raised my hand as the crew chief on the 20 car and take responsibility. I know the rule book and it’s my responsibility to make sure all the parts and pieces are correct. For Joe, it’s totally uncalled for.”

How could TRD be held more accountable in the penalty?

“One of the things — this sport has changed a lot. Back in the day, most of the engines were built by the race team. Now you have a handful of major engine builders that supply engines to most all the teams in the garage. NASCAR really doesn’t — how do you hold them (TRD) accountable? I think it’s time for some change on how NASCAR approaches it because times have changed so much, but we have a great relationship with TRD and they assure us that this will be resolved and they will take steps to not only resolve this, but continue to make their processes better for the future.”

How do you define this as being ‘against the spirit of the rule?’

“Well, you put standards and boundaries on things and when you look at that you say, ‘Well, you have to have a minimum.’  If you just left it open and you said, ‘Hey, I’m going to make all eight of them 100 grams lighter.’ It’s going to be an advantage, right? That’s what we don’t want — we don’t want guys getting really light, especially on all eight connecting rods because they’re going to have a horsepower advantage. In this situation, there was one that was 2.7 grams too light and there was one that was eight grams heavy. That’s where I say it was not a competitive advantage and I think the rule was basically written, the spirit of the rule is to eliminate competitive advantages.”

What would an appropriate penalty be for this situation?

“I have no idea. I know much less than this one.”

Is the difference in weight a quality control issue?

“We’re talking about really small numbers here. If somebody has a couple pennies in their pocket, we’ll throw them around here and see how much they weigh. I’m not concerned about one being five or eight (grams) heavy. We have a great engine builder — they have great quality control and they know when it comes to the details, they know what to work on. They know how close they need to be and again this was just a simple mistake. When you look at it and you pull out all eight connecting rods and one of them obviously wasn’t where it needed to be and it was just an oversight. These guys build a lot of engines and you think about the quantity that they put together and the level of detail and complexity that goes into them, you’re going to make a mistake every now and then. Unfortunately, it’s unfortunate this happened and I know it won’t happen again.”

Does TRD plan to pay the fine?

“There hasn’t been any talk, but you can bet they’ll assist with that, yeah.”

Do you personally have to pay the fine?’

Are you confident the team can make the Chase?

“I feel like we can win more races. We’ll stay in the top-20 for sure. When you look at it from that standpoint, can you win more races and get yourself in? Absolutely. Do I think we can overcome the 50 points as a race team? Absolutely. You look at where we stood last week after the race was over knowing that we’ve had two DNF’s (did not finish) early on in the season and we’re still in the top-10 with two wins, great performances — it’s a strong race team. We’ll continue to perform the way we’ve been performing and we’ll overcome it. We’ll be in the Chase.”

Does the team feel that the Kansas win was taken away?

Who will fill in as crew chief if the suspension is upheld?

“Really, we haven’t gotten that far yet. We’re going to continue down the road like I said with the appeals process and I’m going to stay with this 20 team as long as I can.”

How do you explain this to sponsors?

“We’ve been extremely blessed with sponsors like Dollar General and Home Depot — they’re smart folks. I don’t think we really have to explain it. They’re very supportive. They understand this sport. They understand Joe Gibbs Racing. They have a lot of trust for this organization and they know that whatever we decide to do going forward, they support that long term and like I said, they’ve been great. Joe’s (Gibbs, team owner) had an opportunity to talk to both Home Depot and Dollar General and they are very supportive going forward and they’re pumped up about what happened last week in Kansas.  They are pumped up about our season and we’re looking forward to a good remainder of the season.”

How do you explain the severity of the penalty to sponsors?

“I don’t know — can you explain it to anybody? What do you think about it? Do you think it’s severe? I really haven’t talked to anybody about this other than you folk’s right here right now. I’ve heard a lot of comments and it sounds like regardless of who you listen to or what you read, I think everybody considers this extremely unfair and severely harsh.”