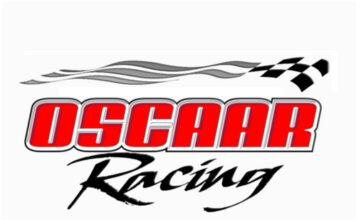 Kevin Cornelius would have a successful debut in the OSCAAR Super Late Models, finishing seventh in the Lucie Alywin Memorial 51 presented by North Toronto Auctions at Sunset Speedway.

Starting seventh in the first heat, Cornelius would move up two spots to finish fifth.

He would start second in the second heat and lead a couple of laps before finishing third behind Glenn Watson and Rob Clarke.

As a result of his heat finishes, Cornelius would start 12th in the feature.

On the first lap of the feature, contact near the front of the field would cause the field to bottle up and a wreck to ensure. Cornelius managed to squeeze by, barely, and move up a couple positions.

A second caution would come out on lap four for Dwayne Baker having a flat tire and by then, Cornelius had worked his way up to sixth. A couple laps after the restart, he passed Rob Poole to crack the top five.

The third caution would come out on lap eight for Jim Bowman having problems. Shortly after the restart, Poole would get back by Cornelius, though Cornelius would once again pass Poole back before the forth caution for Shane Maginnis going around. Under that caution, Jesse Kennedy would pit for a flat tire, bumping Cornelius up to fourth.

Following the fifth caution for Kennedy spinning, Cornelius would get by Glenn Watson for third. However, with the car getting completely sideways through turns three and four with six laps to go, Cornelius would slip back to seventh position.

“Just glad it’s over, really,” Cornelius said afterwards. “There were a lot of questions going into tonight. I got to be honest with you – we started out today, I had a lot of butterflies and a lot of nervous energy. Started to question whether I made the right decision to move up to OSCAAR, but just talked to Jesse Kennedy a bit and Dwayne Baker, Glenn Watson and Rob Poole and just got more comfortable as the night went on. Kind of hoping for a top five, but came out with a top 10 so should be happy with that.”

Photos are available on the KDR Motorsports website at .

The next race for the OSCAAR Super Late Models is on June 1st at Canadian Tire Motorsports Park.

“Really haven’t thought about that yet,” Cornelius said. “Just kind of elated that we’re through tonight and we’re in one piece, the body is still all on it and we showed that we belonged here and answered a lot of questions that I had coming into it. I haven’t started looking forward yet; in a couple weeks we’ll deal with that.”