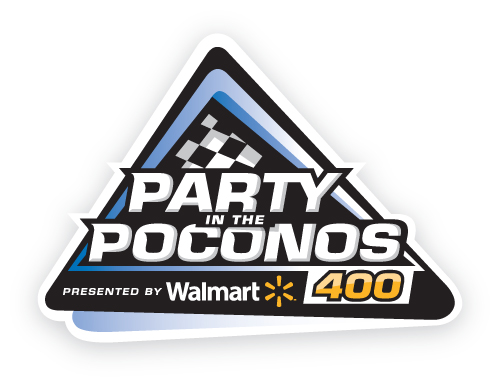 After last weekend’s triple-header at Dover International Speedway, the three national series go their separate ways this weekend with the NASCAR Sprint Cup Series headlining at Pocono Raceway, the NASCAR Nationwide Series heading to the Midwest for a Saturday night showdown at Iowa Speedway, and the NASCAR Camping World Truck Series kicking off the weekend in the Lone Star State with their race on Friday night at Texas Motor Speedway. This marks the one and only time during the season that all three series are at three different tracks in three different states in one weekend.

Sprint Cup Series – Party In The Poconos 400 Presented By Walmart

The Sprint Cup Series makes its first of two trips to Pocono Raceway this weekend to take on one of the most unique tracks on the circuit. With only three turns instead of the usual four and all three of varying banking (14 degrees in Turn 1, 8 degrees in Turn 2, and 6 degrees in Turn 3), this 2.5 mile track is one of the hardest to perfect a setup for and several of the top drivers in the series have yet to master the “Tricky Triangle”.

Who To Watch: No surprise with who’s on top of the list this week. Five-time champion Jimmie Johnson heads up the list with the best stats at Pocono with two wins, nine top fives, 15 top tens, two poles, 562 laps led and an average finish of 9.0 in 22 starts.

While Johnson has the best overall stats, the most wins goes to his Hendrick Motorsports teammate, Jeff Gordon, who has six wins, 18 top fives, 28 top tens, two poles, 965 laps led and an average finish of 10.2 in 40 starts. Two of Gordon’s six wins have come in the last four races at the track, and Gordon is the most recent Pocono winner with his win in the rain shortened event last August.

Many drivers don’t get their first win at a tricky track like Pocono, but Denny Hamlin did just that, sweeping both Pocono races in his rookie season of 2006 and adding two more wins since then to give him a total of four wins, eight top fives, nine top tens, two poles, 663 laps led, and an average finish of 10.7 in 14 races.

With only one Sprint Cup Series regular scheduled to make the trip to Iowa from Pocono this weekend, this race will truly be a showcase of the Nationwide Series regulars in what is sure to be great racing at the .875 mile short track in Iowa. Several of the Nationwide regulars have never turned a lap at this track and who comes out on top after 250 miles is anyone’s guess.

Who To Watch: As the only driver who will be racing on Saturday that has a win at Iowa, Elliott Sadler comes in far ahead of the other drivers in the field with his one win, four top fives, four top tens, three poles, 100 laps led, and an average finish of 2.8 in four starts.

Others to keep an eye on that have raced at Iowa before include: Parker Kligerman, Michael Annett, Kenny Wallace, Justin Allgaier, Cole Whitt, Sam Hornish Jr., and Austin Dillon. All of these drivers have average finishes of 14.2 or better.

While drivers like Joey Logano, Kyle Larson, and points leader Regan Smith have never raced at Iowa, look for these drivers to also be in the running for the win on Saturday night.

With the Camping World Truck Series race at Texas also being a standalone event, there will be no Sprint Cup regulars making the trip down for Friday night’s race. This means we will get to see a great battle between those that have been in the Truck Series for years and with the young guns that have infiltrated the series this year. Just as we saw a couple of weeks ago at Charlotte, this race should be more of the same with two and three wide racing throughout the field for the entirety of the event.

While the mainstays will have a leg up in Texas, the young guns of the series can’t be overlooked. Drivers who have shown they have real potential in this sport that are making noise in the Truck Series including Darrell Wallace, Jr., Jeb Burton, and Ryan Blaney. One of these rookies have a real shot at the win, especially with no Cup regulars in the field.