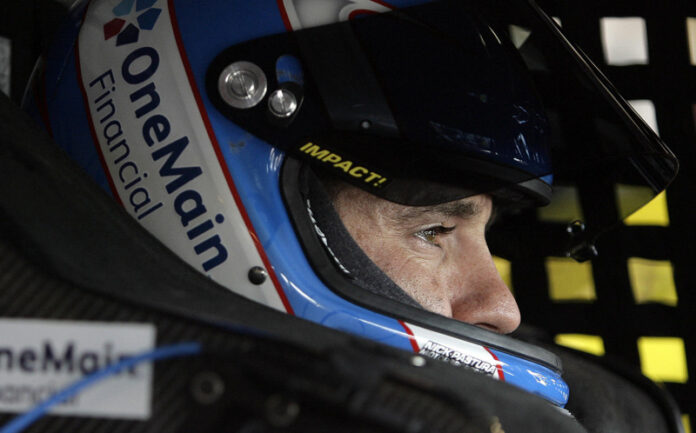 Elliott Sadler probably expected things to be a little different at this point in the season after making the decision to leave Richard Childress Racing for the dominant Joe Gibbs Racing following the 2012 season.

Different in the sense that Sadler could be sitting better than seventh in points heading into Saturday night’s event in Iowa, which he won last August. Different because he joined a team that has shown to be superior to others in the Nationwide Series, except the No. 11 team has been anything but after 11 races. He’s winless and in a deep championship hole, both of which brings the DuPont Pioneer 250 at the perfect time.

“Iowa is probably my best track. I would say that and Bristol are my two best tracks,” noted Sadler earlier this week. “Mentally as I show up, I know where I want to be on the track, where I need to be on the gas, on the brake, how my car needs to feel in practice to be in the race. It is a really good track to me.”

Sadler feels comfortable enough that when he goes to Iowa, he knows he’ll be successful. And that’s what he needs this weekend in order to get his season turned around. Sitting 64 markers out of the championship lead and coming off a crash in Dover, Sadler is the best driver at Iowa.

He’s won three straight poles –including the track record last August – with his worst finish at the track is fifth. That gives him an average finish of 2.8 on the half-mile speedway.

The goose eggs in the win and pole columns on his record for 2013 could disappear on Saturday. But Sadler acknowledges that wins are nice but his JGR team needs to run better first, bringing up their season average finish of 12.8 and just his five top 10 finishes on the year.

“We were a little caught off guard at Dover. We ran well at Darlington, some of the other tracks,” he said. “Early in the year, we felt really good about that particular setup as far as intermediate tracks and stuff were concerned.”

Their position hasn’t been for a lack of trying. A blown engine at Bristol resulted in their worst finish of the year, while bad luck and bad adjustments kept them out of the top 10 on others.

“We were caught off guard at Dover. We struggled the entire weekend, through practice, qualifying and the race. We really have dug ourselves a pretty big hole here. We are a lot of points behind, seventh in the points. Honestly, points don’t mean a hill of beans to me right now. We need to run better, be more competitive on a weekly basis.

“I think going to Iowa, we can get some good optimism going with our race team, get some good direction going. We can go there and be competitive and run good. That’s what our team needs right now, to kind of get back on the ball, get back in the game. I can’t think of a better place to go.”