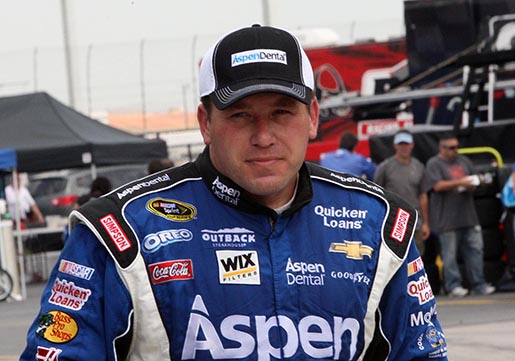 With the news that broke over the weekend, Ryan Newman will be looking for a diamond of a ride in a pile of rocks. He wants to get back with a decent team next season, but with little openings, he likely won’t get the type of ride he’s looking for. Lots of teams have been thrown around for him, but when you really think about them, you can’t say one would fit him perfectly.

For the last 3 years, Stewart-Haas has been Newman’s dream team. When he started with the team, they were just a start up with no team history, but they turned out to be very competitive. When he was technically a free agent last season, Tony Stewart resigned him after they struggled to acquire sponsorship. He didn’t want Newman to leave and Newman did not want to go anywhere else.

With Kevin Harvick coming on next season, it’s the obvious choice for the team to let Newman go. The team worked extremely hard to find sponsorship last season, so a repeat of that wouldn’t be worth it in the end. This will leave Newman searching for a ride for basically the first time in his career.

Richard Childress Racing has been one of the most popular names thrown out there since they have an opening due to Harvick’s departure. So for Newman to take over the ride would make sense, right? Wrong.

Of drivers the team would consider for the seat, Newman would likely be second on that list. It is just about guaranteed that Austin Dillon will move up to the team next season so there’s three cars already. If RCR even wants to add a fourth team, Newman would have to out duel Kurt Busch for the ride.

With racing at Furniture Row this season, Busch has established ties with the RCR organization. Those ties could put him in a seat if the team can find sponsorship. Finding the sponsorship will be key for either of those guys to go to the team. If you think about which of the two is a more marketable driver, it would be Kurt Busch. So that would likely be Newman’s cast off from a potential ride with the team.

If Kurt does leave FRR, then a seat would open up there for Newman. That all depends on RCR’s willingness to bring back four teams and then they would have to sign Kurt. Those are the necessary steps for a potential Newman at FRR deal and it would be another long shot.

We know Newman doesn’t want to just go to a Cup team to be in the Cup Series. He wants to compete for the championship and with very little options for him; he may not be back in a Cup car next season.

His alternatives then would be the Nationwide Series. Over the past few seasons, he has competed in select races for Turner Scott Motorsports so they would be a team for him to consider if they consider him first. Once again sponsorship comes into play, so that may not even be an option.

Regan Smith has been an example of a driver dipping down to the Nationwide Series, running competitive, and hoping to go after a Cup ride so Newman has that option.

You may think there are many potential rides for Newman next season, but when you really ponder it, there aren’t. He’ll really have to consider what his next career step will be or he may not even find a ride for 2014. The term silly season has never been truer than it is with Newman and for all of these “silly” situations to work out to keep him racing will be a tough. There could be more to the story than we know right now, but if there isn’t it could be bye-bye Newman for the 2014 NASCAR season.