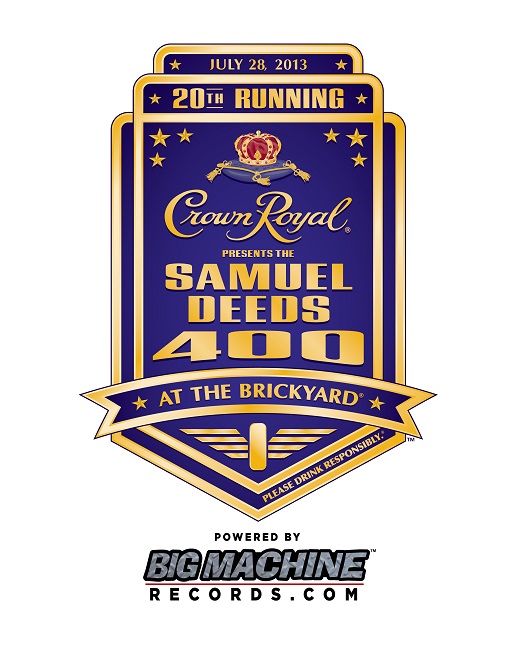 The NASCAR Sprint Cup Series visits the famed 2.5-mile rectangle in the Midwest at Indianapolis Motor Speedway for the 20th time on Sunday for a 400-mile race which will certainly have some foreshadowing into the future this week and here is why. The race at IMS has some serious championship implications this week as 15 of the 19 races at the Brickyard have been won by series champions. The Indy race winner has gone on to capture the NASCAR Sprint Cup title in eight different seasons and Jimmie Johnson was the most recent in 2009, duplicating his Indy-Sprint Cup championship sweeps of 2006 and 2008.

Indy has eluded the majority of the top 10 guys in points over the years as Jimmie Johnson and Kevin Harvick are the only two members of the current top 10 in the standings have won at The Brickyard.

As far as the makes go, Chevy has been nearly invincible over the years at the brickyard as the last non-Chevrolet to win at IMS was Ray Evernham’s Dodge driven by a guy named Bill Elliot all the way back in 2001, in fact a General Motors product has won 15 of the 19 races held at the Brickyard which includes Bobby Labonte’s win for Pontiac in 2000.
Nothing to recap this week as we had our first week off since Easter last week, so we’ll move on to the picks.

Winner Pick
On Thursday while previewing today’s race from the Brickyard with Greg Depalma on the Prime Sports Network, it was Kevin Harvick who I liked to win because of his flat-track history and the generous 20 to 1 odds that came along with him. Despite a couple solid practice sessions on Friday and Saturday, Karvick’s qualifying position has me a bit gun-shy to pull the trigger on him for this afternoon. Just 3 of the 19 races at the Brickyard have been won from starting spots 20th or worse, and Harvick qualified his Chevrolet 24th so though I still think he poses a solid threat for his 3rd victory of the season, I don’t think he’s got the car to beat this weekend.

Instead, I’m going to swap my pick this week and go with the other guy I picked Thursday to win at The Brickyard in Kasey Kahne. Kasey has a lot going for him this weekend as first, he’s in a Chevy, second he finished runner up in the 2005 race in just his 2nd ever start at IMS, and 3rd he’s been fast all weekend. Kahne was 5th in the first practice, 2nd behind Kurt Busch in Happy Hour, and will roll off 7th when the green flag flies later this afternoon. I’ve got a hunch today, and I think we see Kasey Kahne kiss the bricks for the first time.

Dark Horse Pick
My Dark Horse driver has not changed from Thursday but the odds associated with my Dark Horse sure have. Juan Montoya started the week as a 30 to 1 longshot. He’s now just behind guys like four-time Brickyard winner Jeff Gordon and two-time winner Tony Stewart at 12 to 1 right now! This means I’m not the only person in the world to believe in this guy because of his history at IMS. This car has shown speed again this year at The Brickyard and after winning the first practice session, following up in 3rd on the charts during Happy Hour, and qualifying 8th, my pick from Thursday is looking better and better.

If it wasn’t for a pit road speeding penalty back in 2009, Montoya’s name would have been etched in Brickyard history in the stock car category, and I think Juan is due for a win at The Brickyard.

That’s all for this week, enjoy the race and until we are done with the flat tracks for a few weeks…..You Stay Classy NASCAR NATION!