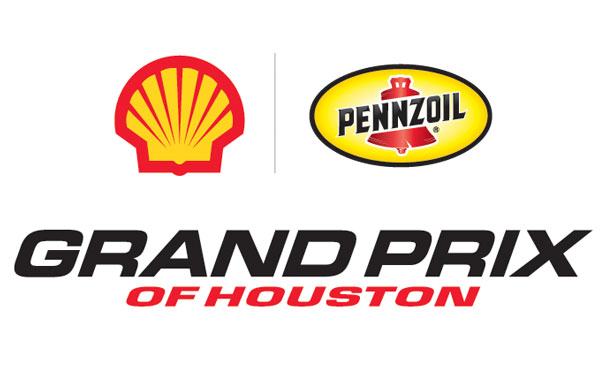 1. If you missed it: INDYCAR Conference Call with Simon Pagenaud

4. Garcia to finish out 2013 with Belardi Auto Racing

SIMON PAGENAUD:   I think the championship is the goal.  We go racing to win races.  We’re fortunate that we’re in a really good position.  The team has been tremendous.  The HP car has been really fast on street circuits lately.  We scored two wins.  I don’t think it’s time to give up.  We’re going to try as hard as we can.  It’s going to be difficult.  We’re quite a ways down on Helio (Castroneves).  But we’re going to try.  If you don’t try, then there’s no reason to go racing. I’m excited about it.  I think it’s going to be a great weekend.

Q: You mentioned that your car and team have been strong on street circuits.  Baltimore, you won at the doubleheader in Detroit.  What do you see as the biggest difference in your performance this year?

SIMON PAGENAUD:  I think it’s a little bit of everything.  As a driver you get to understand the racing, the race craft, how aggressive you need to be, when you need to be aggressive, when not, when you can shave some time.

So whether it’s in laps, out laps, the way you park the car in the pit box, those details are so important in INDYCAR nowadays.  The competition is very, very intense right now.

Every little detail and more experience is always going to help. I drive better.  I also have a better car.  My whole team is broken in, I should say.  We’ve been the same group for two years now and I think it’s just paying off really well.

Q: You have had a start in Atlantics and Champ Car at Houston.  What do you remember of racing at Houston and does that give you a little bit of an advantage?

SIMON PAGENAUD:   I don’t know if it does.  It was quite a while ago.  I remember the track being all concrete and quite bumpy, which should be similar to Baltimore.  I’m hopeful that we’re not going to have to change the HP car too much to be fast.  So I’m quite excited about it.  There isn’t much testing on a doubleheader.  You want to unload and be fast straightaway.  I really hope that’s going to be the case so we have a good chance to fight back in the championship.

Q: For two years you’ve got some confidence going.  Could you talk a little bit about what that’s like over a long season, what it’s like to build the confidence and how that helps you going into a situation like when you get toward the end of the season and you really need to get some more wins to get that championship.

SIMON PAGENAUD:   You go through ups and downs during the season.  It’s a long season.  It’s not just 10 races, it’s almost 20.  There are a lot of points available, a lot of points wasted also in bad races. The beginning of the season was tough, but it helped us as a team to just focus on what was essential.  We bounced back.  Lately we’ve been the strongest team, strongest combination with the most points scored in the last three.  We just need to keep going.  I think we’re going to keep the ball rolling.  I’m just very, very excited right now.  So excited, anxious to drive, and I’ve got nothing to lose.  It’s very simple for me.

Q: I’m curious, do you see yourself as the underdog coming into these last three races?  If so, do you relish to role, enjoy it?

SIMON PAGENAUD:  I enjoy my position right now.  I enjoy it because nobody saw us coming.  That’s pretty enjoyable.  It’s not like we’ve not been competitive, but the tendency is to look at the big teams, the big names.

I’m proud to be part of the HP team and show that we’ve put our head down and we’re here.  We’re within the mix between one Penske, one Ganassi, and two Andrettis.  I’m very proud of the team.

Whether we finish fifth in the championship or first, I’m very proud of them.  I’m actually excited to be here seen as the underdog.  But I really don’t feel like one.  I feel like I have all my chances.  It’s up to me to drive as hard as possible this weekend and score maximum points to catch up on any of them.

2. Hinchcliffe to sport pink paint scheme for National Breast Cancer Foundation:IZOD IndyCar Series race winner James Hinchcliffe and sponsor GoDaddy will trade the iconic “GoDaddy green” for a good cause at this weekend’s Shell and Pennzoil Grand Prix of Houston.

The Chevy-powered No. 27 driven by the Canadian racer will take to the track on Friday with a pink paint scheme in support of the National Breast Cancer Foundation.

“Well, I’ve been told real men wear pink, so I am all for it,” Hinchcliffe said. “But seriously, it’s a great opportunity to support a fantastic cause and I’m really happy that GoDaddy has let us be a part of their campaign. They have been tremendous supporters of Breast Cancer Research in the past; it’s great to see them continue that and to help out in our little way. It is never hard to spot the GoDaddy green car on track, but don’t worry, the GoDaddy PINK car will be just as easy to see.”

GoDaddy, and the Public Interest Registry, which manages .ORG domain names, are donating $50,000 directly to the National Breast Cancer Foundation.

In addition to the pink paint, the No. 27 will go one step – or wheel – further by displaying the support of Firestone Racing through pink sidewall racing tires. Hinchcliffe’s teammates Marco Andretti, E.J. Viso and reigning series champion Ryan Hunter-Reay will also sport the Firestone pink side-walls.

“Firestone Racing is proud to support Andretti Autosport and GoDaddy’s special pink paint scheme to raise funds and awareness for the National Breast Cancer Foundation,” said Lisa Boggs, Director of Bridgestone Americas Motorsports. “Andretti Autosport’s primary Firestone Firehawks for the Houston doubleheader will be pink to complement the livery and reinforce our collective commitment to this important cause.”

One driver who hopes to tie the record for most number of race winners in a season, (11), is Dragon Racing’s Sebastien Bourdais.

Bourdais, a four-time champion in the Champ Car Series, won the 2006 and 2007 races at Reliant Park, the site of the Shell and Pennzoil Grand Prix of Houston doubleheader.

“Obviously, the results of the start of the season have definitely set us back a lot,” Bourdais said recently. “We’re just going to take the events one by one, and we’re very much looking forward to the rest of the season, particularly if we can keep that kind of performance level.”

Bourdais has also been one of the series’ top performer on street courses. After starting deep in the pack at Baltimore, he challenged for the win before settling for third behind race winner Simon Pagenaud and Josef Newgarden. He finished on the podium in both races at Toronto, giving him three straight podium finishes in Dragon Racing’s No. 7 Chevrolet.

Garcia is in his second full-time season in Firestone Indy Lights, and had competed most of 2013 with Team Moore Racing. He accumulated three top-five finishes with a high of fourth at St. Petersburg.

“I’m very happy to race for Belardi Auto Racing,” said Garcia, of Mexico. “This year Belardi has had several podiums and I hope to finish there during these couple of events. They are very professional and competitive. They’ve demonstrated that many times.”

Garcia did not compete in the series’ race at Baltimore after an early crash in practice ended his weekend. On Sept. 27, Belardi Auto Racing announced that funding had run out to field Freedom 100 winner Peter Dempsey, and Garcia was able to step in.

“It’s really great to have Juan Pablo join us for these last two races,” team owner Brian Belardi said. “He’s been great competition for us this season and now it’ll be interesting to see how he does on our team. With the Grand Prix of Houston being a new event for everyone, it’s going to be a pretty even playing field so he’ll have a chance to get comfortable in the car. It should be an exciting race leading to the finale in Fontana.”

5. Dempsey lands at Team Moore Racing for Houston: Peter Dempsey will compete at the Grand Prix of Houston after all.

Dempsey, the Firestone Freedom 100 winner who is fifth in the Firestone Indy Lights championship standings, will drive the No. 2 TMR/Global Tubing/ALS Association car in the Oct. 5 race on the 1.683-mile, 10-turn street circuit.

“I could not be happier to be joining Team Moore Racing for the Houston race,” said Dempsey, of Ireland.  “TMR, Mark Moore, and Tom Wood are proven multiple race winners in the Firestone Indy Lights series and I am heading to Houston with great confidence that I am surrounded by the right people.

“I’m also really looking forward to having Conor Daly as my teammate for the weekend.  We are friends off the track and competitors on the track, so I think we will work really well together and hopefully be in the position to reward TMR with the results they deserve.”

Team Moore Racing announced last week that Daly, a former Firestone Indy Lights race winner and current GP3 driver who also made his IZOD IndyCar Series debut in the Indianapolis 500 in May, would drive the No. 22 entry at Houston.

Dempsey recorded the victory at Indianapolis Motor Speedway in May along five other top-five finishes in 10 races for Belardi Auto Racing, which announced last week it didn’t have sufficient sponsorship to field the No. 5 car in the final two races.

“Team Moore Racing is giving me the opportunity to keep my title fight alive, and for that, I will always be thankful,” Dempsey added. “I’d really like to thank all of my team sponsors along with my personal sponsors for making this all come together.”

6. Foyt named grand marshal for Houston doubleheader: Houston native and racing legend A.J. Foyt will serve as grand marshal of the Shell and Pennzoil Grand Prix of Houston, which will be his first race back since the June 8 race at Texas Motor Speedway.

In addition to the command to start engines, Foyt will be presenting the A.J. Foyt Trophy – a resin cowboy boot featuring his autograph and mounted on a marble base –  to the winner(s) of both races.