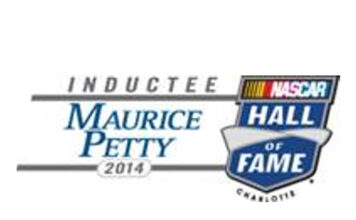 Yet his value as the team’s engine builder cannot be overstated. Petty, a self-taught mechanical magician, squeezed horsepower – and longevity – out of engines designed not for high-speed competition but daily use on America’s highways.

Father Lee Petty, Buddy Baker, Jim Paschal and Pete Hamilton also won with his engines. He was the crew chief for 1970 Daytona 500 Hamilton, who also swept that season’s two races at Talladega Superspeedway.

“He (also) drove the truck and worked as a tire changer,” said Richard Petty. “He was the complete package. We just had our own little part and we kept to it. We were all successful. We didn’t think about it at the time, we were too busy getting ready for the next race. But, I guess now they have recognized us for everything. It was just a real team effort by all of us.”

Each of the four contributed strengths that made the sum much greater than the individual parts, according to Kyle Petty, son of Richard Petty and a onetime Petty Enterprises driver who now does television commentary.

“It shows that none of them probably could have accomplished any of this without the other,” he said in an interview published by ESPN following Maurice Petty’s Hall of Fame election.

“Maurice and the Pettys kept their cars to a very, very high standard,” said former Petty Enterprises crew member Robin Pemberton, now NASCAR’s vice president of competition and racing development in an interview published by the Charlotte Observer in May 2013. “They never had mechanical failures. The old saying was that there’s a right way, a wrong way and the Petty way of doing things.”

As an engine builder, the now 74-year-old Petty had few peers.

“There were no computers; no engineers,” said Leonard Wood, the NASCAR Hall of Fame crew chief for the rival Wood Brothers organization. “What you came up with, you came up with yourself. You didn’t want anyone else to have it. He’s probably kept some of those secrets up until now.”

“When you did something to get competitive, everybody didn’t know about it,” he said several years ago. “Even the people that worked for you didn’t know. You did it in the middle of the night.”

Although Petty ultimately built race-winning engines for Chrysler, Ford and General Motors cars, he was best known for his work on the Chrysler hemi power plant – to the point that fellow competitors complained that the manufacturer gave Petty Enterprises an advantage when the NASCAR rule book stipulated parts should be available to all.

Petty responded that he’d be happy to provide a Petty engine for anyone who had $6,500 to spend.

“We didn’t have a dyno or anything. You just built it and crossed your fingers.”

Petty, who overcame polio as a child, had a brief driving career running 26 premier series races with seven top-five and 16 top-10 finishes between 1960 and 1964. A 1961 Daytona 500 accident effectively ended Lee Petty’s driving career and to keep the business afloat, he decided that Richard should drive and Maurice would work behind the scenes.

“Richard had his job to do and I had mine to do,” said Maurice Petty in an article published by AL.com upon his induction into the International Motorsports Hall of Fame in 2011. “Lee told us what he wanted us to do and that’s what we did.”

About NASCAR Hall of Fame

Conveniently located in uptown Charlotte, N.C., the 150,000-square-foot NASCAR Hall of Fame is an interactive, entertainment attraction honoring the history and heritage of NASCAR. The high-tech venue, designed to educate and entertain race fans and non-fans alike, opened May 11, 2010 and includes artifacts, hands-on exhibits, 278-person state-of-the-art theater, Hall of Honor, Buffalo Wild Wings restaurant, NASCAR Hall of Fame Gear Shop and NASCAR Media Group-operated broadcast studio. The venue is opened 10 a.m. – 6 p.m. seven days a week and has an attached parking garage on Brevard Street. The five-acre site also includes a privately developed 19-story office tower and 102,000- square-foot expansion to the Charlotte Convention Center, highlighted by a 40,000 square-foot ballroom. The NASCAR Hall of Fame is owned by the City of Charlotte, licensed by NASCAR and operated by the Charlotte Regional Visitors Authority. www.NASCARHall.com.