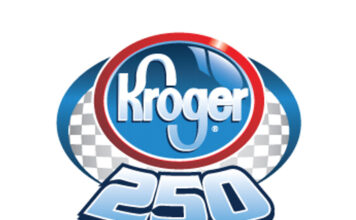 The Paper Clip…Four-time NASCAR Camping World Truck Series (NCWTS) champion Ron Hornaday Jr. will make his third-career start for Turner Scott Motorsports (TSM) in Saturday afternoon’s event at Martinsville Speedway. The 55-year-old veteran is no stranger to success at the half-mile “paper clip”, having 23 starts with one win, 10 top fives and 14 top 10s to his credit.

Daytona Recap…Hornaday and the No. 30 Rheem Comfort Products Chevy Silverado completed the first practice session at Daytona in the second position, something that would prove worthwhile come race day due to unfortunate weather. With qualifying rained out for the NextEra Energy Resources 250, NASCAR set the field based on the trucks with the best practice times throughout the race weekend, placing Hornaday in the second position for the start of last month’s race. After running in and around the top five for most of the event, Hornaday finished the night in the fifth position for TSM.

This Week’s Silverado…This weekend’s crew chief Shannon Rursch and the No. 30 Rheem Chevrolet team will unload chassis TSM-225 at Martinsville. TSM-225 was last on the track in Martinsville in 2012 when Nelson Piquet Jr. drove it to a third-place finish.

Gotta Have a Rheem…Rheem Manufacturing Company (www.rheem.com) is privately held with headquarters in Atlanta. In its 88th year of operation, the company manufactures a full line of high-quality residential and commercial heating and cooling systems; tank, tankless, solar, and heat pump water heaters; swimming pool heaters and commercial boilers throughout North America and world markets. The company’s premium brands, including Raypak, Ruud and Rheem, have been recognized with countless industry and consumer awards for reliability, innovative design and high quality. Rheem is now in its eighth consecutive year as a NASCAR sponsor.

Watch and Listen…The second race of the 2014 NCWTS season gets underway on Saturday, March 29. The Kroger 250 can be seen live beginning at 2:00 p.m. EDT on FOX Sports 1 and can also be heard live on MRN Radio as well as SiriusXM Satellite Radio, channel 90.

“I’m really looking forward to getting back in the Rheem Comfort Products Chevrolet this weekend in Martinsville. I have to thank Steve Turner and Harry Scott Jr. for giving me the opportunity to go out and race this weekend. The guys at Turner Scott Motorsports have worked hard during the off weeks to prepare me a great Silverado. I really enjoy short-track racing and Martinsville is one of the best short tracks in the world. The new qualifying format at Martinsville should be a lot of fun for us and the fans. I think if we can stay patient and work our way through traffic, we can come home with a great finish.”

Back On Track…The NASCAR Camping World Truck Series (NCWTS) returns to action for the first time since the season-opening race at Daytona International Speedway as the series heads to Martinsville Speedway for the Kroger 250. The 0.526-mile ‘paperclip’ is one of only five tracks on the schedule where Kennedy has previous NCWTS experience. The Rookie of the Year contender turned heads in an impressive run in the fall race last year, qualifying within the top 15 before bringing home a fourth-place finish.

A Special Cause…This weekend at Martinsville Speedway, Kennedy’s No. 31 Chevrolet Silverado will be carrying the colors of the ALS Association. ALS (amyotrophic lateral sclerosis), also known as Lou Gehrig’s Disease, is a progressive neurodegenerative disease that affects neurons (nerve cells) in the brain and the spinal cord. Eventually, people with ALS lose the ability to initiate and control muscle movement, which often leads to total paralysis and death within two to five years of diagnosis. For unknown reasons, veterans are approximately twice as likely to get ALS. There is no cure and no life-prolonging treatments for the disease.

The ALS Association is the only national non-profit organization fighting Lou Gehrig’s Disease on every front. By leading the way in global research, providing assistance for people with ALS through a nationwide network of chapters, coordinating multidisciplinary care through certified clinical care centers, and fostering government partnerships the ALS Association builds hope and enhances quality of life while aggressively searching for new treatments and a cure. For more information, visit ALSA.org.

A Special Person…ALS and the ALS Association are particularly near to Kennedy’s heart, as close family friend Annette Farmer was diagnosed with the disease in 2010. Farmer will be riding along with Kennedy for this weekend’s 250-lap race with her name above the right-side door of the No. 31 Silverado. Kennedy has supported ALS research in the past as a result of his close connection to the cause, running in the Daytona Beach Half Marathon and honoring Farmer with a fraternity fundraiser last year, raising more than $20,000.

Previous Race Recap…Kennedy sat on the pole and made his first laps of competition around Daytona International Speedway, ultimately finishing 15th in the 100-lap NCWTS event. The NextEra Energy Resources 250 was the culmination of a journey which began with Kennedy leading the first test session of pre-season testing and continued with the 22-year-old driver pacing the first practice session and starting from the pole before leading 52 laps in an impressive Daytona debut, effectively becoming the first France descendant to compete in a top-three NASCAR series event at the famed speedway.

This Week’s Silverado…Kennedy and the No. 31 ALS Association Silverado crew will utilize chassis TSM-228 this weekend at Martinsville Speedway. TSM-228 was raced by James Buescher in both the spring and fall Martinsville races as well as Bristol Motor Speedway in 2013, earning a best finish of seventh (Bristol).

Watch and Listen…The Kroger 250 can be seen live on Saturday, March 29 on FOX Sports 1. Race coverage will begin at 2:00 p.m. EDT, and the event can also be heard live on MRN Radio as well as SiriusXM Radio, channel 90.

“After the fourth-place finish we had there last year, Martinsville is a race that I’ve had circled on my calendar since the schedule came out. We had a great run there, and anytime you can go back to somewhere that you have experience, there’s things you’ve learned that you can take with you into the next race. I’m very excited to have the ALS Association on our Chevy Silverado this weekend, and it’s really special to have Annette’s name on the truck. She’s a very good friend of my family and she was diagnosed with ALS four years ago. We want to do everything we can to educate people about the disease and help fund research to find a cure.”

First Time For Everything…Making his NASCAR Camping World Truck Series (NCWTS) debut this weekend, Ben Rhodes will be behind the wheel of the No. 32 Alpha Energy Solutions Chevrolet Silverado for Turner Scott Motorsports (TSM). It may be his first time at Martinsville Speedway, but the 17-year-old is no stranger to short-track racing and is the current points leader in the NASCAR K&N Pro Series East. The Kroger 250 will be one of five NCWTS races for Rhodes this season.

First in Quality. First in Service. First for You…Turner Scott Motorsports is pleased to have Alpha Energy Solutions on board the No. 32 Chevrolet Silverado for 2014. Alpha is a self-performing service provider specializing in HVAC, indoor energy solutions, building automation, chillers, boilers, electrical, plumbing and equipment rental. Their coverage area includes eight states surrounding their home base in Kentucky. Check their web site at http://www.alphamechanicalservice.com or find them on Facebook and Twitter (@AlphaMech).

Watch and Listen…Don’t miss any of the action as the NCWTS embarks on its second race of the season at Martinsville Speedway. The Kroger 250 can be seen live on Saturday, March 29 beginning at 2:00 p.m. EDT on FOX Sports 1. The race can also be heard live on MRN Radio as well as SiriusXM Satellite Radio, channel 90.

“I’m really excited to be making my Truck Series debut this weekend at Martinsville [Speedway]. I know we’re going with a great truck and I’m very confident in my Turner Scott Motorsports team. I was able to test with these guys a few weeks ago and it went great. I’m really looking forward to working with [Mike] Hillman [Jr.] throughout the year and plan to learn as much as possible throughout these five races.”

New Ride…Brandon Jones has been competing full time with Turner Scott Motorsports (TSM) in the NASCAR K&N Pro Series East in 2014, and is set to make his first start of the season in the NASCAR Camping World Truck Series (NCWTS) at Martinsville Speedway on March 29. It will mark Jones’ fourth-career start in the NCWTS and his second start at Martinsville Speedway, where he finished 19th last fall.

Excited About Exide…Exide Technologies has a rich history spanning more than 125 years in the battery business. Their strengths demonstrate Exide’s position as a forerunner of industrial advancement around the world. With countless contributions to the growth of technology, their story reflects the spirit of innovation and resilience at its best.

Today, Exide serves the complex stored energy needs of customers around the world. They provide services and systems that enhance vehicle performance and fleet utilization as well as those that reduce risk of temporary interruptions of power supplies. Their global footprint melds together their two significant bases of experience in transportation and industrial markets and provides for better and faster means of introducing innovations in products and services. Exide is working to change the way the world uses and stores electrical energy. For more information, go to exide.com.

Autograph Opportunity…Brandon Jones will be participating in the NCWTS autograph session at Martinsville Speedway in front of the main ticket office outside Turn 4. Be sure to meet him there on March 28 from 5:00 – 6:00 p.m. EDT.

Watch and Listen…The Kroger 250 can be seen live on Saturday, March 29 on FOX Sports 1. Race Coverage will begin at 2:00 p.m. EDT and can also be heard live on MRN Radio as well as Sirius XM, channel 90.

Brandon Jones on Martinsville Speedway: “We have been running some tracks that are very similar to Martinsville Speedway the past few weeks in the K&N Series, and we have had some great racecars at those tracks, so hopefully we can carry that over to the truck race. I really just want to thank Steve Turner and Harry Scott, as well as my entire Turner Scott Motorsports team. I think the whole team has a lot of confidence from the way our K&N cars have performed, and I look forward to getting on track this weekend and racing on Saturday.”