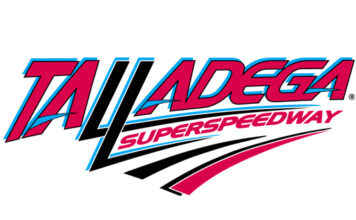 TALLADEGA, AL – Everyone knows NASCAR and country music go hand-in-hand, and no one personifies this combination more than singer-songwriter Tim Dugger, who will be performing as part of the free Saturday Night Infield Concert at Talladega Superspeedway during the Aaron’s Dream Weekend. The singer behind NASCAR anthem “You Know Who We Are” will be rocking the infamous Talladega infield on May 3, opening for country star Randy Houser.

The Saturday Night Concert has become a tradition at Talladega Superspeedway with top music acts playing on a stage next to the rowdy and infamous Talladega Blvd. Fans with tickets to Sunday’s Aaron’s 499 receive free access to the concert.

Headlining clubs along the NASCAR circuit for years, Dugger has amassed a loyal following of race fans, drivers, and crew chiefs. Songs of his like “Sunday Drive” and “You Know Who We Are” speak directly to the sport of NASCAR and the energy and excitement found on the track and in the stands each week.

Over the past few years Dugger, an Alabama-native, has performed with a wide variety of popular country artists including Trace Adkins, Sarah Evans, Diamond Rio and Craig Morgan. Tim was featured in the television reality show “Highway to Fame” and performed at several Nashville hot spots.

“We’re excited to have Tim Dugger back at Talladega Superspeedway for the Saturday Night Infield Concert,” said track Chairman Grant Lynch. “Tim has been a friend of the track for a few years and our fans love singing along to his songs, because they know he’s a true NASCAR diehard.”

Houser will be hitting the stage after Dugger and giving race fans a taste of his powerhouse vocals, playing hit songs “Runnin’ Out of Moonlight” and “Goodnight Kiss.”

Saturday’s activities kick off at 10 am with the ARCA Racing Series International Motorsports Hall of Fame 200, followed by “Knockout” group qualifying for the Aaron’s 499 NASCAR Sprint Cup race, and the start of the Aaron’s 312 NASCAR Nationwide Series event. The day will end in the evening, but the party will just be getting started with Dugger and Houser on stage.

The most competitive racing in NASCAR combined with a mix of southern hospitality returns to Talladega Superspeedway May 2-4 for the Aaron’s Dream Weekend.  Experience the excitement as the superstars of NASCAR attempt to tackle the high-banks of ‘DEGA at 200 mph.  Secure your tickets at www.talladegasuperspeedway.com or by calling 877-Go2-DEGA.  This is more than a race…This is Talladega!