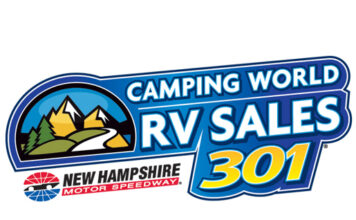 Land of Lobster…Justin Allgaier will be making his first NASCAR Sprint Cup Series (NSCS) start this weekend at New Hampshire Motor Speedway (NHMS). He has three top 10s in five NASCAR Nationwide Series (NNS) starts at NHMS and has completed all scheduled laps. NHMS is the first track less than 1.5 miles in length that the NSCS has raced on since Dover International Speedway in early June.

Victory Junction…In honor of Victory Junction Gang Camp’s 10th Anniversary, this weekend at NHMS the No. 51 AccuDoc Solutions Chevy will carry a Victory Junction decal on the c-post. The camp provides life changing camping experiences to children with chronic medical conditions or serious illnesses. Since 2004, Victory Junction has enriched the lives of more than 20,000 children and their families.For more information, visit www.victoryjunction.org.

Daytona Recap…Allgaier returned to Daytona International Speedway (DIS) for the second and final time of the season last week. Unfortunately, rain was the theme of the weekend. Allgaier and the No. 51 team earned the 31st starting spot for what was supposed to be a Saturday night race at DIS. However, it was delayed until Sunday at 11 a.m., due to rain. Once the race finally started, Allgaier worked his way forward at the 2.5-mile superspeedway but was caught up in the second big melee of the day on lap 99. After a torrential downpour, NASCAR called the race and Allgaier and the No. 51 AccuDoc Solutions Chevy finished 25th for HScott Motorsports.

“I’m looking forward to New Hampshire [Motor Speedway]. It’s a shorter track and for whatever reason I really like the smaller tracks. This weekend is my first time in a Sprint Cup car at New Hampshire, so I’m curious to see how I will do.”

“We get back to our regular style of racing this weekend at New Hampshire [Motor Speedway] after superspeedway racing last weekend at Daytona [International Speedway]. We just need to be smooth and consistent this weekend. Getting track time will be key for Justin this weekend.”

Spartanburg, S.C. native Steve Addington joined HScott Motorsports in January 2014 as competition director and crew chief for the No. 51 BRANDT Chevrolet SS. Steve comes to the team from Stewart-Haas Racing, where he spent the past two seasons as crew chief on the No. 14 team and earned four wins with Tony Stewart. Addington also served as a Sprint Cup Series crew chief at Team Penske and Joe Gibbs Racing, racking up a total of 20 wins in the series. Addington began his career working on dirt cars and is a former Nationwide Series crew chief. Addington resides in China Grove, N.C. with his wife Katie and has three children.

Official Release
Previous article
New Hampshire is Like Starting Over For Truex Jr., Furniture Row Racing
Next article
Three Gillilands for the Price of One Ticket