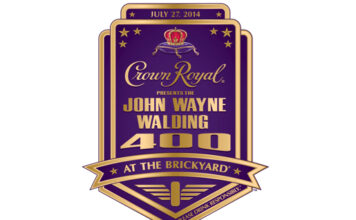 Juan Pablo Montoya, driver of the No. 12 Penske Truck Rental Ford Fusion, will be attempting to make his second NASCAR Sprint Cup Series start of the season this weekend in the Brickyard 400.  Montoya, whose other race came at Michigan International Speedway in June, held a Q&A session following practice.

JUAN PABLO MONTOYA – No. 12 Penske Truck Rental Ford Fusion – WHAT DOES THIS PLACE MEAN TO YOU?  “I think it’s fun.  There’s a lot of history here.  I’ve done a lot of racing.  I’ve run pretty much everything that’s raced here, even with the bikes, I’ve been in a two-seater bike, so I’ve pretty much done everything here.  Roger gave me the chance to come.  They have great cars this year and he gave me the chance to come today with the Penske Truck Rental Ford and see what we can do.  It seems like we’re pretty good in qualifying trim.  We didn’t try qualifying trim today.  Our race pace, looking to compare with Brad, looks really, really close so it seems like we’re pretty competitive.  I don’t know.  I wasn’t that happy with the car to be honest.  It’s hard because they’re so different and what Brad and Joey drive every week and what they look for in the car is a little bit different than what I want out of the car, so we’ve got to try and do a lot in one practice.  Like today, we went through a lot of stuff and it was good – just short runs – try this, try that just to try to get ready for tomorrow.  I think the one thing that is gonna be good for us is we’ve got qualifying tomorrow and not today.  Michigan was hard because I ran six laps of practice before qualifying, so at least today we got a lot of running done.”

DID MICHIGAN BUILD YOUR CONFIDENCE FOR THIS RACE AND DO YOU FEEL YOU CAN WIN?  “I feel like coming here we’ve got a good shot.  I think Michigan what we wanted to do is understand the cars a little, understand the team and everything.  I think we missed the car a little bit setup-wise and I think that’s one of the key things is getting the car closer.  We felt we were pretty good in practice.  We were pretty close in the middle of practice and we kind of got lost there at the end today, so I think if we can get the car close we’ll be pretty good.  It seems like the race pace is pretty good and I think I’ve been pretty good here and I know what I want out of the car, so that makes it a lot easier so we know what we need to work on to be a little better.  We’lll see once we put it in qualifying trim what it does.”

IS THERE ANY DIFFERENCE WHEN YOU TALK TO PEOPLE THIS WEEKEND?  “Maybe I think people are nicer now or I’m nicer, I don’t know.  Either, or. (laughing)”

WHAT IS THE DIFFERENCE IN THE FEEL OF THE TWO CARS AT THIS TRACK?  “They’re just so different.  It’s so hard to compare.  An Indy car by yourself in race trim here is actually pretty easy.  It’s not Daytona easy, but it’s pretty easy.  In traffic it’s really hard.  In qualifying it’s really, really hard in an Indy car because you take all the downforce off.  You take 40-50 percent of the downforce out of the car and to be good you’ve got to be balanced.  You’re coming out of the corner at 230-240 miles an hour and you’re sliding.  You’re so close to getting it completely wrong that I’m glad it’s only four laps.  This is a little different.  I was talking with Kurt a minute ago and it’s fun because you drive it in and if you get it wrong you’ve got a lot of time to figure out how to get out of trouble.  Here, when we started practice I was really, really loose and I’m like, ‘OK, I can go with this.  That’s fine,’ where in an Indy car if you do that you aren’t coming out of the corner.”

HOW HARD IS IT TO ACHIEVE THE FEEL YOU WANT WHEN YOU’RE WORKING WITH GUYS YOU USUALLY DON’T WORK WITH?  “One of the good things is my Indy car race engineer, Brian Camp, is here as well, so he works with us and is one of the guys on the team.  He knows Greg (Erwin) really well and Greg seems to be a really nice guy.  He’s so easy to work with.  It’s fun.  He really gets the message.  He’s very clear on how everything is gonna go and makes it so much easier than anything I experienced before.  It’s pretty cool.”

HOW IS IT WORKING WITH BRAD AND JOEY?  “It’s fine.  I know Joey pretty well.  I went to Colombia for a charity race, so I know him really, really well.  Brad I know, but not as well.  We do a team debrief.  I did one at Michigan and it’s fine.  You just go through comments and it’s hard for me because they do it every week, so they know, ‘Oh, you don’t want to do that.’  We didn’t know that yet.  We can try it and you do the things that you think make sense, but with the position I’m in here it’s do or die.  I don’t care about finishing fifth or sixth or seventh.  We want to make sure we’re aggressive but in the smartest possible way.”

ARE YOU NOT WORKING WITH HELIO AND WILL THE SAME WAY?  “No, no.  We work the same.  When you do the track walks the wording is a little more vague, but you still get what you want.  It’s kind of funny.  We work really well.  We actually were doing an appearance – the three of us – and Will was talking and I looked at Helio and said, ‘This is not as fun as it used to be,’ and we started laughing about it and he kind of went like, ‘mellow.’   I’ll give you an example, Wednesday night at our Mid-Ohio test I went to the movies with Will.”

WHAT DID YOU SEE?  “Sex Tape, I think it’s called (laughter).  That’s the name of the movie.  We wanted to watch another movie, but we were late and that’s all there was.  Come on, we’re in Mansfield, Ohio.  There weren’t a lot of choices.”

HOW REINVIGORATING WAS THE POCONO WIN?  WHAT DID IT DO FOR YOU?  “To be honest with you, little.  I don’t know.  We changed race engineers, but Ron Rosinski is still there and is a vital part of the team so he kept saying, ‘Don’t worry about it, it’s coming.’  You can tell it’s coming.  You just need things to go your way and it’s nice to close the deal, but, personally, I just feel like we keep doing a better job every week.  It’s funny because at Toronto we had our best run on a street course by a mile.  We were pretty competitive for being our first time on a street course and we just got too cocky.  It’s like we just did the first round of qualifying and we were right there on pace.  My first qualifying run was fast enough to be in the fast six if I put a good lap together and we changed downforce, springs, front wing, bars because we’re so, so, so smart and we screwed up.  We outsmarted ourselves really, really good.  It was a difficult weekend where everything went wrong.  We made the wrong calls, made a lot of mistakes, but, at the same time, we came out of there knowing that when we’re good we’ve got to stop and look at the bigger picture and say, ‘OK, we’re good’ and maybe make one change, not 15.”

ANY CONCERN THE FEEL YOU WANT THIS WEEKEND ISN’T ACHIEVABLE WITH THIS RULES PACKAGE?  “We got it closer.  You can look at the data on how I drive the car compared with Brad and where I can make the lap time.  I can tell them, ‘This is what I need the car to do so I can do that,’ and it’s like, ‘There you go.’  I’m sure we can get there.  Is it gonna be perfect?  No.  I was lucky that we did some tire testing and then we came here to test and when you’re here for two days of testing you can fine-tune everything and you get really comfortable and you know how you can get on the gas hard, where you’ve got to turn, where you’ve got to brake.  In two and four it’s a little vague for me on how much I need to lift.  It looks OK on the data, but I don’t feel like 100 percent like, ‘OK, this is what I’ve got to do,’ because Indy car is wide-open so I’m like, ‘I know where to turn,’ but that’s about it.”

HOW MANY LAPS DID IT TAKE YOU TO GET UP TO SPEED TO BE COMFORTABLE TODAY?  “It was fine.  In practice my fastest lap should have been the first lap and I got traffic out of four.  I think a Cup car here is very, I don’t know the right word, but it’s all about timing.  I know where I need to brake and if you brake in the right place and you make the right arc, you put yourself in the right position to get on the gas in the right place and you come out of the corner.  This is not a place where it flows, it’s a place that it’s about timing.  It’s all about getting the timing right.  If you do the timing right and the car drives good, you’re good.”

YOU COULD HAVE AND SHOULD HAVE WON THIS RACE ONCE BEFORE.  “Yeah, once or twice, and I probably coulda, shoulda and would’ve won the 500 this year as well, but coulda, woulda and should’ve doesn’t count.  At least I had a chance and I still think I’ve got a good chance this year.  I was talking the other day to my Indy car race engineers and said, ‘It’s a shame the 500 was the first race this year on an oval,’ because now that I’ve raced more races I look back on it and say, ‘I should have put this much more front wing in, I should have done this and should have done that but didn’t know what to expect.’”

WHAT WAS THAT INCIDENT WITH THE RUSSIAN, MIKHAIL ALESHIN, LIKE LAST WEEK?  “I don’t know.  I asked for wet tires the lap before.  We didn’t put them on and in a way I screwed up as well.  We had a lot of problems with the brakes there and I braked where I braked the lap before early and ‘boom-boom’ downshifted and got to the concrete and went in the wet grass.  As soon as I hit it I said, ‘I guarantee you I’m gonna get rammed here,’ because it’s way too slick and we’re just not smart enough, and we weren’t.  It wasn’t that bad of a hit.  The way the cars are built with the noses it just got pushed up.”

DID YOU KNOW YOU WERE ON TOP OF HIM?  “Yeah, from where I was sitting you could see.  I got rammed.”

Official Release
Previous articleEldora Brings Back Racing Excitement to NASCAR
Next articleWill the Brickyard 400 Separate the Contenders from the Pretenders?