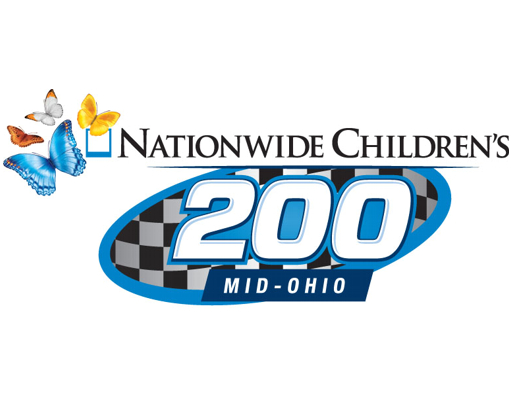 On the Road Again…James Buescher and the NASCAR Nationwide Series head to the Mid-Ohio Sports Car Course for the series’ final road course race of the season. The Nationwide Children’s Hospital 200 will mark Buescher’s first start at the 13-turn, 2.258-mile Mid-Ohio Sport Car Course. Buescher is coming off a solid 11th-place finish last week at Watkins Glen International.

Follow Along…Don’t forget you can follow James Buescher and his race team, RAB Racing on all social media platforms including twitter and Instagram at @JamesBuescher, @RAB_Racing and on facebook at facebook.com/JamesBuescherRacing and facebook.com/RABRacing. Continue to stay up-to-date with in-race updates, frequent Q&A chats and giveaway contests!

Watkins Glen Recap…James Buescher and the No. 99 Toyota Care/Rheem Camry team qualified in the 17th position for the Zippo 200 at Watkins Glen International. After going for a spin during the qualifying session, the Toyota Care/Rheem team opted to change tires before Saturday afternoon’s 82-lap race. That change forced Buescher to start in the rear of the 39-car field due to unapproved adjustments. That didn’t slow down the No.99 team however as Buescher found himself leading the race by lap 25. When all was said and done, Buescher brought the No. 99 Toyota Care /Rheem Camry home in a very respectable 11th-place.

Chassis Info…After bringing chassis No. 055 with them to Watkins Glen International last week, RAB Racing had a quick turn around this week to get chassis No. 055 ready for this weekend’s Nationwide Children’s Hospital 200 at Mid-Ohio.

Patient Champion On Board…A special guest will be riding on the No. 99 Toyota Care/Rheem Camry this weekend at Mid-Ohio. Tarissa Suchecki, a Nationwide Children’s Hospital Patient Champion who was diagnosed with Bilateral Hearing Loss and Short Bowel Syndrome will have her name and picture featured on this weeks paint scheme. In addition to being featured on the No. 99 Toyota Camry, Suchecki will get to hang out with the crew and sit on the pit box for the Nationwide Children’s Hospital 200. On Thursday, the weekend’s paint scheme will be revealed on twitter through the handle @Nationwidekids, @JamesBuescher and @RAB_Racing.

Catch the Action…The next stop for the NASCAR Nationwide Series is at the Mid-Ohio Sport Car Course for their third and final road course race of the season. The Nationwide Children’s Hospital 200 can be seen Saturday, August 16 at 2:30pm ET live on ESPN. The event can also be heard on SiriusXM Satellite Radio, channel 90 and on MRN Radio.

James Buescher on racing at Mid-Ohio:

“Mid-Ohio is one of a few tracks that I haven’t seen or raced at before. Coming off a solid run last week at Watkins Glen My team and I are riding a nice wave of momentum into this weekend’s race. I’ve been doing some homework this week to get prepared for this weekend such as watching some film and talking to some people about it, but I’m really looking forward to getting out there for the first time and driving the course. My No. 99 Toyota Camry will also have a special paint scheme this weekend that not only myself and my team are excited about but I know Tarissa Suchecki helped pick out the colors for it, it shouldn’t be hard to miss us.”

About RAB:
Originally founded in 2005, RAB Racing with Brack Maggard is a Concord, North Carolina-based auto racing team that fields entries in the NASCAR Nationwide Series. RAB Racing has fielded entries in the ARCA Racing Series, NASCAR Camping World Truck Series, NASCAR Nationwide Series, and the NASCAR Sprint Cup Series. This season will mark the sixth season of full-time NASCAR competition for the organization. With the support of Toyota, RAB Racing is poised and ready to take the next step in capturing the organization’s first NASCAR Championship. To learn more about RAB Racing, visit www.TeamRAB.com.

Allmendinger returning to Kaulig Racing in 2021