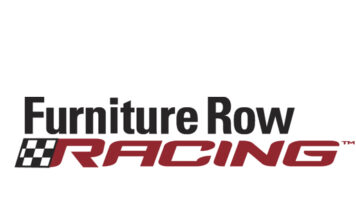 Headquartered in a state-of-the-art facility in Denver, Colorado, Visser Precision started to manufacture its products in 2011 for industries ranging from aerospace and defense to luxury goods. Visser Precision operates with cutting-edge technologies in the areas of super alloys, precision machining, amorphous metal casting and 3D metal printing to help solve difficult engineering and manufacturing challenges.

Visser Precision is owned by Barney Visser, a Vietnam veteran, who is also the owner of Furniture Row Racing. The company’s president is Ryan Coniam, a former race engineer and crew chief in the NASCAR Sprint Cup Series.

“This is an exciting move for not only our teammates at Visser Precision but also for our growing list of domestic and international clients,” said Coniam. “Visser Precision with its advanced  technologies  shares many of the same attributes that you will find in the high-tech, competitive world of NASCAR. There is definitely some DNA between the two businesses and we are thrilled to be included with Furniture Row Racing.”

Joe Garone, general manager of Furniture Row Racing, said the Visser Precision name will be positioned on the roof of the No. 78 Chevrolet.

“We welcome Visser Precision as our new associate sponsor,” said Garone. “Visser Precision has a success story that is quite remarkable for such a young company. We are proud to be a partner on the car and in the race shop to help tackle the challenges of NASCAR’s competitive sport.”

The 2015 NASCAR Sprint Cup season kicks off in mid February with Speedweeks at Daytona International Speedway. The first race for Furniture Row Racing will be the non-points Sprint Unlimited Saturday evening Feb. 14. The first points race will be the Daytona 500 Sunday Feb. 22. Both races will be televised on FOX.