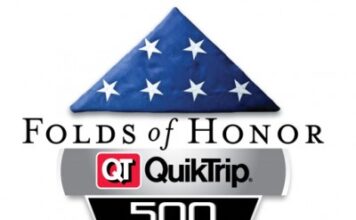 DENVER, Colo. (Feb. 24, 2015) — Martin Truex Jr. will take his Daytona Speedweeks momentum to one of his favorite tracks – Atlanta Motor Speedway – for Sunday’s Folds of Honor QuikTrip 400, the second of 36 Sprint Cup Series races of the season.

The 34-year-old Furniture Row Racing driver contended for Sunday’s Daytona 500 win before slipping to eighth place in the closing green-white-checkered finish. The result was his third top-10 during Speedweeks. He also drove his Furniture Row/Denver Mattress Chevrolet to finishes of second in the Sprint Unlimited (Feb. 14) and fifth in the Budweiser Duel qualifying race (Feb. 19).

“The Daytona performance isn’t a guarantee that we’ll run real good all season long,” said Truex. “But with the things we did over the winter, the testing we did towards the end of last year, the momentum we gained and the team changes we made, I feel really good about our stuff and what we’re going to do. We’ll have to see how we do at Atlanta. We’re looking forward to going there. It’s one of my favorite tracks and we’ll see if we can’t come out of there about seven spots better.”

There were a number of positive signs during the 10 days in Daytona for the single-car Furniture Row Racing team, based in Denver, Colo.

“It just seems everything clicked right off the bat,” noted Truex. “The communications with our new crew chief Cole Pearn were excellent and the guys both on the road and back at the Denver shop did a meticulous job in providing me with awesome race cars. We’re feeling really good right now and that’s always the way you want to kick off a new season.”

“We all know that one eighth-place finish doesn’t make a season,” stated Truex. “We had the worst possible start last year, finishing dead last (43 rd) in the Daytona 500. So coming into a race knowing that we’re on target to accomplish our goal of making the Chase has me feeling so much better than last year at this time.”

With the superspeedway cars now parked at the team’s Denver, Colorado shop, Truex is looking forward to seeing how the downforce car will perform at the high-speed 1.54-mile Atlanta oval.

“I am definitely excited to get to Atlanta and to a track where it’s a little more in your hands,” explained Truex. “We’ll have a good idea where we stand during Thursday’s test session. I am feeling positive about the team and about the 2015 season.”

Official Release
Previous article
The Final Word – Daytona saw no Kyle, no Kurt, but for Joey, oh my
Next article
Martin Truex Jr. Heads to Atlanta with Renewed Confidence and Purpose