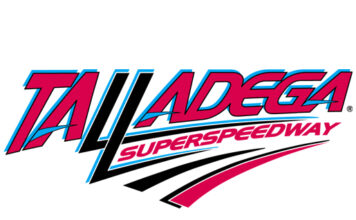 Elliott, the defending NASCAR XFINITY Series Champion and son of two-time Talladega Superspeedway winner Bill Elliott, will be making his second Talladega start after finishing 19th in the Winn-Dixie 300 a year ago. He currently sits third in the title hunt in 2015. His JR Motorsports teammate, Smith, is no stranger to NASCAR’s Most Competitive Track, taking his No. 7 Chevy to Gatorade Victory Lane in the 2013 Winn-Dixie 300.

Reed, in his second full season behind the wheel of the No. 16 Roush Fenway Ford, showed he’s a driver to be reckoned with in 2015 by capturing the season-opening NASCAR XFINITY Series race at Daytona in February.  Suárez, a Mexico native, debuted in the series last spring on a limited basis, but is now competing full time in the No. 18 Toyota for Joe Gibbs Racing. He will make his initial start at the biggest, baddest race track on the planet.

The session, which is scheduled from 2-2:30 pm, will be a great opportunity to meet NASCAR’s rising stars. The opportunity takes place behind the OV Hill South Grandstand in sections D & E along the frontstretch. In addition to the quartet of Elliott, Suárez, Smith and Reed, additional drivers for the NASCAR XFINITY Series autograph session will be announced in the near future.

To guarantee a spot in line for the NASCAR XFINITY Series autograph session each fan will need a wristband, which can be picked up for free from the Guest Services Office located at OV Hill South Grandstand, Section L. Those who don’t have wristbands will be allowed in the line and will be able to get autographs only if time permits. Driver availability is subject to change and can be without notice. Neither NASCAR nor any of its affiliates are responsible for this event.

About Talladega Superspeedway
NASCAR speeds back into Talladega Superspeedway May 1-3 for the GEICO 500 NASCAR Sprint Cup Series race and Winn-Dixie 300 NASCAR XFINITY Series event. NASCAR’s Most Competitive Track (record 88 lead changes in 188 laps), with the circuit’s steepest banking (33 degrees) and longest distance (2.66 miles), is the most fun and fan-friendly, offering up hundreds of acres of free camping, amazing kids ticket prices and special offers for military members and college students. Talladega Superspeedway is NASCAR’s “Party Capital” thanks to the track’s infamous infield, which features the traditional Saturday Night concert and the world renowned Talladega Blvd, home of the “Big One on the Blvd” party. The historic venue features the most comfortable seats in motorsports, large video viewing boards (a new initiative planned for future implementation at all ISC tracks) lining the frontstretch and endless activities for fans throughout its event weekends. Log on to www.talladegasuperspeedway.com or call 877-Go2-DEGA for more information.

Official Release
Previous articleMartinsville – A Love Affair With a Track
Next articleLarson Released from Hospital, Not Cleared to Race