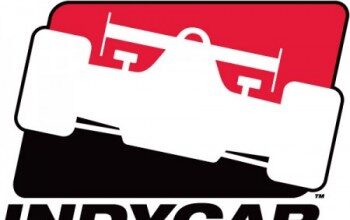 1. If you missed it: Conor Daly teleconference
2. More upgrades made to Belle Isle course
3. Coyne names Vautier, Gonzalez for Belle Isle
4. Of note

Daly, a 23-year-old native of Noblesville, Ind., will drive the No. 5 Arrow/Lucas Oil Schmidt Peterson Honda in place of the injured James Hinchcliffe.

Q. Conor, talk about the opportunity to fill in for James Hinchcliffe in the No. 5 car this weekend. I know it’s not the way you want to get back in the series.

CONOR DALY:   Honestly, you hate to see another driver hurt, especially a close friend. But in the end he is going to recover. He’s doing well. He’s out of the hospital now.

I’m actually going over to his house after this to start talking about Detroit. Yeah, I mean, excited for the opportunity. It’s one of those things that you always have to be ready for.

I think Sam (Schmidt) and the team have faith in me since we tested together in early February, mid-February. It will be nice to have a proper shot at a road course, even though there’s only one practice but two races.

Definitely a good amount of time to get into it and hopefully have two good, solid races.

Q. Belle Isle is a new track for you in IndyCar. It’s a street circuit. You’ve typically done well in street races in other categories. What do you know about the raceway?

CONOR DALY:  I got to drive pace cars there and two-seaters. I have a decent idea of the track.

I actually thought it was really fun the last two years. I know it’s a good circuit for racing. Should give us a good, competitive opportunity. We’ll just have to sort through the car in the first practice session.

Obviously the first time I got to try the (Firestone alternate) red tires was in Long Beach, and this will be my second time. Hopefully I can use some of what I learned in Long Beach to start a little bit further up than we did in Long Beach and give us a shot at having a good result.

Q. You mentioned how it’s one practice session but two races. How do you look to approach the race weekend?  Will you look to be more aggressive in race one or just put it out there and see what you can do on Saturday and Sunday?

CONOR DALY:  I think we have to look at it as Sunday is really our race. Saturday will be very much still a learning experience. Obviously you never know what will happen. There could be strategies we could take advantage of, stuff like that.

But I think ideally the goal would be to end up in a competitive position Sunday putting everything we’ve learned together through Friday, through Saturday, then show up to the qualifying session Sunday morning pretty close to the pace, and hopefully be able to deliver on what we’ve learned all weekend.

Q. Is there added pressure because basically you’re auditioning each time you get behind the wheel?  How much added pressure is there on you for this weekend?

CONOR DALY:  For sure there’s pressure. I mean, there’s pressure every time you get into a car. It’s been one of those situations where, this year, if you would have asked me four months ago, would I be ready to start my third IndyCar race this season, I would have said you’re crazy.

Obviously very happy to have these opportunities. But you are exactly right, they are auditions. I still don’t think team owners trust young drivers yet to truly jump in for pure opportunities like this one. So I’d love to be able to continue to not only strengthen my profile in the IndyCar Series, but give a chance for any other young driver, that if an opportunity comes up like this, team owners aren’t afraid to give the up-and-coming drivers a shot.

Q. How much of a gain do you think you have being able to run multiple races with the same team running into Belle Isle?

CONOR DALY:  I’ve already got a good relationship with those guys. They sort of know me, especially from the test earlier in the season.

But no matter what, it’s so much better than kind of jumping into a totally new environment where you have to meet everyone new, don’t know everybody’s name before you get to the race.

A lot of guys I’ve worked with before on the team. It will be great to get to a road course, properly be prepared, start from the first green flag in practice and get to work.

2. More upgrades made to Belle Isle course: Spectators and competitors will notice and benefit from infrastructure improvements on Belle Isle when they arrive for the Chevrolet Dual in Detroit presented by Quicken Loans.

The work, which since last year’s Verizon IndyCar Series doubleheader includes more than $4 million in paving of the 2.35-mile street circuit and $250,000 in drainage improvements, is part of the long-term public-private partnership revitalization initiative started in 2007. The state Department of Natural Resources has operated Belle Isle Park as a state park since February 2014.

“We have a brand new racetrack with almost a mile of new pavement; our track is almost entirely concrete. It will be high grip and we know in combination with aero kits fans will see records fall every day,” Chevrolet Detroit Belle Isle Grand Prix chairman Bud Denker said.

The backstretch, between Turns 6 and 7 of the 14-turn course, has been relocated to the left of the existing street to remove a slight kink, making the “straightaway more straight now,” according to Denker.

Last week, through a $50,000 donation from Tom Gores and Platinum Equity, all of the lights and fixtures lining the MacArthur Bridge leading to the island have been replaced with high-efficiency LED technology, improving visibility and safety for visitors. The lights surrounding the lagoon near Scott Fountain also are being replaced.

On- and off-track action May 29 is free and open to the public.

“We tout the fact that our event is far beyond race cars on the racetrack. It’s a real Detroit, Michigan, event,” Denker said.

3. Coyne names Vautier, Gonzalez for Belle Isle: Tristan Vautier, who drove the No. 18 Dale Coyne Racing Honda in the Indianapolis 500 on May 24, will drive the No. 19 entry in the Detroit doubleheader. With Schmidt Peterson Motorsports in 2013, Vautier finished 11th and 14th at Belle Isle.

4. Of note: Dale Coyne Racing crew member Daniel Jang was released from IU Health Methodist Hospital in Indianapolis on May 27. Jang, who sustained an ankle injury during the Indianapolis 500, will recuperate at his home in Chicago. … Justin Wilson, who competed in the Indianapolis 500 and Angie’s List Grand Prix of Indianapolis this month for Andretti Autosport, will drive the No. 28 Andretti entry in the FIA Formula E Championship race June 4 in Moscow.