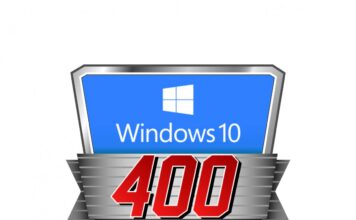 LONG POND, Pa – (July 31, 2015) – Kevin Harvick, reigning NASCAR Sprint Cup champion, ran a fast lap of 178.168 mph in his No. 4 Jimmy John’s/Budweiser Chevrolet SS during knockout qualifying for Sunday’s Windows 10 400 at Pocono Raceway.  It was quick enough to reward him with the outside front row starting position in the 43-car field.  It marks Harvick’s 13th top-10 start of the 2015 season, and his ninth in 30 races at the track known as the ‘Tricky Triangle’.

Austin Dillon qualified fourth in his No. 3 American Ethanol Chevy SS and Harvick’s teammate, Tony Stewart, was the fifth fastest qualifier in his No. 14 Rush Truck Centers/Mobil 1 Chevrolet SS to give Team Chevy three of the top five starting positions.

In all, six of the 12 drivers that advanced to the third and final round of qualifying belong to the Bowtie Brigade.  Kurt Busch was sixth fast in his No. 41 Haas Automation Chevy SS, Jeff Gordon qualified 10th in his No. 24 AARP Member Advantages Chevrolet SS, and six time Cup champion Jimmie Johnson was 12th in his No. 48 Kobalt Tools Chevy SS.

Kyle Busch (Toyota) was the pole winner and Joey Logano (Ford) qualified third to round out the top five starting spots.

The 160-lap/400-mile Windows 10 400 at Pocono Raceway is scheduled to begin at 1:30 p.m. ET on Sunday August 2. Live coverage will be available on NBC Sports Network (NBCSN), MRN, Sirius NASCAR Radio Channel 90 and NASCAR.com.

“Yeah, for sure. I think, for us, I feel like from our goals to what we did in qualifying I feel like we definitely over-achieved today and that was a good thing. It was just hard work by the guys on the team in just making the right adjustments and we needed that last round to go like it did, and run our best lap of the day and really start putting those pieces together and be able to hit the ground running when we get to Chicago. So, just little things here and there to dial those types of things in and it’s just small little details to prepare for the last 10 weeks.”

WHEN YOU HEARD YOUR TIME OF 50.51, DID YOU THINK YOU HAD IT AT THAT POINT?

“You never know with the way the qualifying session is and late and you never know how much faster everybody is going to go. I knew that our fastest lap needed to be the last time on the race track, so I knew that we had done a good job and probably gave up a little bit of time, just the slightest little chatter through Turn 1. But (Turn) 2 and (Turn) 3 were fairly good. So, That’s what we needed to do.”

WITH KYLE BUSCH WINNING SO MUCH AND NOW BEING ON THE POLE, DO YOU FEEL LIKE YOU’RE A LITTLE BIT UNDER THE RADAR?  YOU ARE PUTTING IN GREAT FINISHES EVERY WEEK, DO YOU FEEL IT MAKES YOUR JOB EASIER COMING INTO THE CHASE AND ONCE IT BEGINS TO GET ANOTHER CHAMPIONSHIP UNDER YOUR BELT? ALL THE ATTENTION SEEMS TO BE ELSEWHERE

“We don’t pay attention to you guys, regardless; anyway. We don’t pay attention to you. We don’t pay attention to the chatter. We just go about our business and try to just constantly do what we do at the race track and try to improve. From a mental standpoint, that’s the only way you can do it. This is Kyle’s (Busch) Chase. His chase is to get into the Chase, I feel like. I feel like we’ll be even better when the Chase starts and all the pieces are where they need to be. Every day is important. I think it’s just constantly building blocks and those mental aspects of it and whether people thing we should or shouldn’t win races, it’s hard to run second, or third and lead laps and do all the things that we’ve done.

“So, as a team, we’re doing a great job and I think as you look at the circumstances and the way that things shake out, you can’t force winning. But if you run up in the front all the time, you’re going to win your share. So, we’ve just got to keep plugging along and keep your head down and keep your ears plugged.”

YOU RAN THE TRUCK FOR 2 ½ HOURS THIS AFTERNOON. HOW WAS YOUR FIRST EXPERIENCE WITH JRM?  EARLIER HE SAID HE FELT LIKE YOU COULD HELP PINPOINT THE WEAKNESSES OF THE TRUCK PROGRAM

“Yeah, it was a disaster (laughs) to be quite honest with you. We made it a little bit better as we got toward the end of practice, but there is definitely a lot of work to do.”

About Chevrolet
Founded in 1911 in Detroit, Chevrolet is now one of the world’s largest car brands, doing business in more than 115 countries and selling around 4.8 million cars and trucks a year. Chevrolet provides customers with fuel-efficient vehicles that feature engaging performance, design that makes the heart beat, passive and active safety features and easy-to-use technology, all at a value. More information on Chevrolet models can be found at www.chevrolet.com.