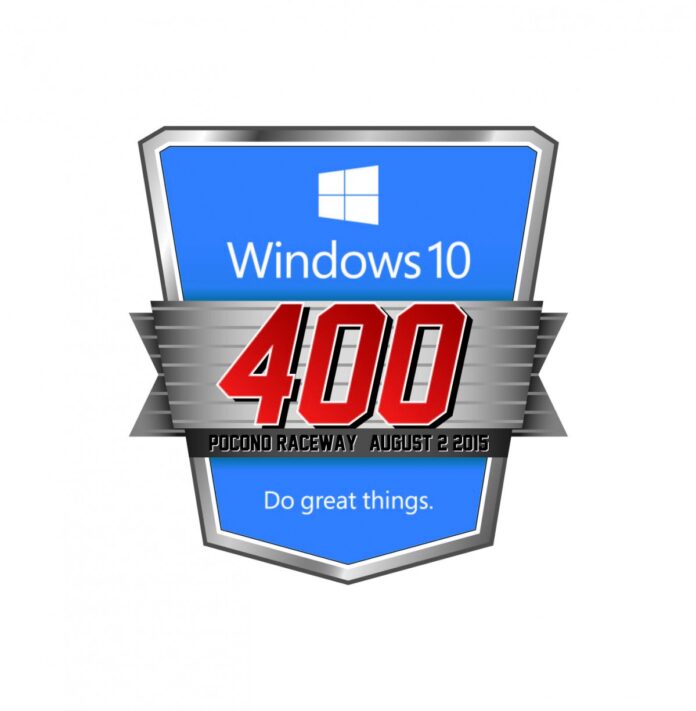 Matt Kenseth earned his second win of the 2015 season and was followed to the line by Brad Keselowski, Jeff Gordon, Dale Earnhardt Jr and Greg Biffle.

The 22nd race of the 2015 Sprint Cup Series season is the Watkins Glen 355 at Watkins Glen International on Sunday, August 9, 2015, which is scheduled to be televised live on NBCSN beginning at 2 p.m. Eastern Time and broadcast live on the Motor Racing Network and SiriusXM NASCAR Satellite Radio, channel 90.
Austin Dillon Drives No. 3 American Ethanol Chevrolet to 13th-Place Finish at Pocono Raceway

Austin Dillon drove Richard Childress Racing’s No. 3 American Ethanol Chevrolet to a 13th-place finish in the Windows 10 400 at Pocono Raceway on Sunday afternoon. The sophomore NASCAR Sprint Cup Series competitor started the 160-lap race from the fourth position and ran within the top five during the beginning of the race. Crew chief Slugger Labbe took advantage of varying pit cycles to place the No. 3 team on an alternating pit strategy from the race leader, opting to make the team’s first pit stop under caution on lap 29 for four tires, fuel and a wedge adjustment. Dillon restarted 26th when green-flag racing resumed on lap 33 and again raced his way into the top five within 20 laps. The team made their final pit stop of the race on lap 123 for four tires, fuel and additional chassis adjustments. Shortly afterwards, Dillon was running in the 10th spot when Labbe advised him to conserve fuel for the remainder of the race. The team’s calculation’s indicated that they were one lap shy of the finish. A long green-flag run ensued and despite heavy conservation methods, Dillon coasted to pit road two laps short of the race’s finish for a splash of fuel before returning to the track and finishing 13th in the No. 3 American Ethanol Chevrolet. The next race on the 2015 schedule is at Watkins Glen International on Sunday, August 9, where Dillon will drive the No. 3 Dow Chevrolet.
Start – 4 Finish – 13 Laps Led – 0 Points – 20

AUSTIN DILLON QUOTE:
“I’m proud of the American Ethanol team. We had a solid Chevrolet today. I thought we saved enough fuel but came up just a little bit short. I’ll learn from that experience for next time. Running in the top five and top 10 for a majority of the day definitely gives this team a lot of momentum heading into Watkins Glen and the remainder of the races on the schedule.”

Paul Menard started Sunday’s 400-mile NASCAR Sprint Cup Series event at Pocono Raceway from the 18th position and crossed the finish line in 11th. An early incident on lap five sent the red flag into the air just 10 laps before the competition caution. This put teams on different pit strategies throughout the 160-lap event at the Long Pond, Pa.-based facility. Crew chief Justin Alexander opted to have Menard come down pit road during the NASCAR-mandated competition caution for four tires, fuel and a wedge adjustment to alleviate a tight-handling condition in Turn 3. After the restart, Menard raced within the top 25 and by the lap 37 was in the top 16, but reporting a loose in- and loose off-handling condition in the corners. The No. 27 team alleviated the loose-handling condition on lap 55 with four tires, fuel and a wedge adjustment. Menard raced within the top 15 and reported the SYLVANIA/Menards Chevy responded positively to the latest adjustments with 51 laps to go. After one final pit stop, the Eau Claire, Wisconsin native maintained his position in the top 13 and crossed the finish line 11th. This marks Menard’s 14th top-15 finish of the season and moves him up to 12th in the driver point standings. Up next for the No. 27 team is Sunday’s road-course race at Watkins Glen International.

PAUL MENARD QUOTE:
“Today was a good day for us considering how it ended here earlier this year. That early caution got us on different pit strategies which made it interesting. We were one lap short there at the end and tried to make it up but fell a little short. Luckily we were still able to cross the finish line in 11th. We’ll take it.”
Ryan Newman Posts 23rd-Place Finish at Pocono Raceway after Fuel Tank Runs Dry

Ryan Newman drove Richard Childress Racing’s No. 31 Caterpillar Chevrolet SS to a 23rd-place finish in Sunday’s 400-mile event at Pocono Raceway. The South Bend, Ind., driver started 14th but was forced to drop to tail end of the field after the team discovered a possible issue with the rear-end gear on Saturday. Within the first 40 laps of 160, Newman raced up to 18th position. He communicated to crew chief Luke Lambert that the No. 31 Chevy was loose in Turn 1 and tight into Turn 3. By halfway, Newman competed in 15th and needed more help in Turn 3 since he ran too tight. The Cat crew serviced the car on lap 88 to help the driver climb into the top 10 before settling into the top 15 at lap 100. The team’s final service occurred on lap 123 for wedge and air pressure adjustments under green-flag conditions. Lambert instructed his driver to conserve fuel but with just two laps to go, Newman’s tank ran dry forcing the driver on to pit road. The untimely splash and go resulted in the 23rd-place finish. Newman now ranks 13th in the championship point standings and 14th in the Chase Grid with just five races remaining before the Chase for the NASCAR Sprint Cup championship begins.

RYAN NEWMAN QUOTE:
“This certainly wasn’t the finish we were hoping to have for the type of Caterpillar Chevrolet we had. We were fast all weekend and expecting to back it up with at least a top-10 finish but our gamble on fuel did not pay off this time. It’s unfortunate with how we were able to race up through the field after we started in the back due to changing our rear-end gear. We had a fast car, we just don’t have the finish to reflect it. I’m looking forward to next weekend to close out our strong road-course racing season with a very solid finish at Watkins Glen.”