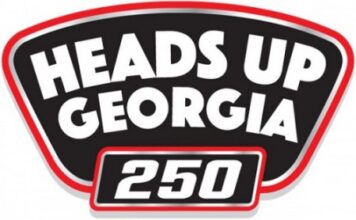 TOYOTA QUOTES
KYLE BUSCH, No. 18 NOS Energy Drink Toyota Camry, Joe Gibbs Racing
Finishing Position: 1st
How does it feel to finally win a XFINITY Series race in Atlanta?
“It means a lot. It’s been a while, but certainly means a lot just to accomplish some of my goals that I have in racing. To come out here and to do this today and to beat Kyle Larson – this must be his favorite tracks or one of the just being able to move all over this race track and he’s really good here too. Real proud of our team. This NOS Energy Drink Camry was fast. Looks really, really good to on the race track – looks even better in victory lane, so pumped for them. Our relationship – one race back and being in victory lane first time being in Atlanta and I’ve never won here before, so can’t say enough about JGR Engines, the whole team, Chris Gayle (crew chief), Toyota, TRD (Toyota Racing Development), everybody that does such a great job for us. This is a pretty neat deal. Glad to get it out of the way checked off the list.”

Were you concerned about Kyle Larson at the end?
“I was. I actually thought that last run was going to be too long for our car, which was better for (Kyle) Larson’s car. We made some adjustments. (Chris) Gayle (crew chief) did a good job making some adjustments to our car and it helped me. It helped me definitely on the front side of the run for about the first 20 and I don’t think it hurt me from there on to the end of the race, but Larson was just better than us. He kind of closed and closed and closed and lap traffic – you know you’re trying to figure it out – they were really nice to me. I think they screwed him up a couple times, so appreciate all these guys and of course too going way, way, way back to the beginning of the race with Erik Jones, I was spinning my tires. I hated that he got busted for beating me to the line. I was trying to get there. I’m glad to see that he came back for a solid third-place finish, so proud of all of JGR (Joe Gibbs Racing).”

Does this take any sting out of the qualifying issue last night?
“No. This is XFINITY and that’s Cup, so it is what it is. It’s not that big a deal. I mean, when you get out on the race track, things move, parts and pieces expand, they get hot and whatever and you miss on a laser beam by fifteen thousandths of inch. It is what it is, you know? We move on and we’ll start in the back tomorrow and try to make sure that issue doesn’t happen to us again. Maybe we can go sit on the pole the following week in Las Vegas, which would mean even more to me than sitting on the pole here in Atlanta – no offense. Just would love to be up front at my home track and try to go score a win there. Still got to try to race tomorrow and get a win tomorrow.”

How much difference does driver experience make in Atlanta for yourself or someone like Erik Jones?
“I think it would mean a lot. It also just depends on how much work you put in to it and watching film and stuff like that and trying to study up a little bit about what this has place done over the last few years. Erik’s a quick study – he’s a really good driver and learns quick, learns on the fly, asks a lot of good questions and so that’s why he’s to the level that he is so far and he’s got nothing but the horizon left in front of him. As far as whether he’d be better if he had more years, sure. I think (Kyle) Larson obviously showed that too – he’s had some years of experience and he was right there competing with us today. He had a good car and it was cool to see. I probably have got to go back and re-watch a little bit to see how hung out he was there at the end and it’s always entertaining to watch Larson. People always talk about that about me, but I try to keep my stuff as straight as I can, but it was neat to see a couple different lanes kind of working today. I was bottom feeding. I liked it down there and Larson seemed to run up top. It was pretty cool.”

ERIK JONES, No. 20 Hisense USA Toyota Camry, Joe Gibbs Racing
Finishing Position: 3rd
How difficult was it to recover from the early penalty?
“It just made the day a lot longer. I knew we had the car to do it, but it was just a matter of not burning the tires off while we were doing it and trying to get back up there. Just made it a long day for the Hisence Camry, but overall a good day, a nice rebound from Daytona and a good way to get the season on track and get headed in the right direction.”

What did you learn about tire management?
“I think for me, we had a really good long run car. I burnt the tires off it coming back through the pack after the penalty, but after that never really had any issues with tire fall off and thought we were really one of the best cars on the long runs, so that was nice to see and an uplifting feeling, but just needed to be a little bit better.”