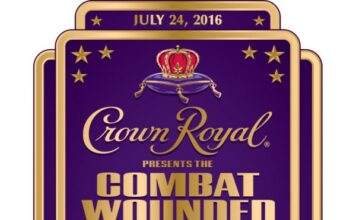 As a growing single-car race team, CSLFR is seeking consistent Top-25 finishes during the 2016 season.  The Brickyard 400 was an important race for the team to get back on track after a parts failure at New Hampshire the race prior.

“Our car was a Top-25 race car and that’s where we want to be every week,” said McDowell after the race.  “We improved both during this race weekend and we’ve improved as a team to this point.  I think we had a decent car today, we just didn’t catch a break with the cautions.”

McDowell secured a fast lap during qualifying to place the No. 95 Chevy 27th on the starting grid for Sunday’s race.

The team fought hard on Sunday, working on handling of the race car during pit stops and pushing to gain positions on the track.

McDowell avoided a handful of late race wrecks on the track and had solid restarts to keep the No. 95 Thrivent Financial Chevrolet in position for a Top-25 finish.

In the second overtime attempt to finish the race, McDowell picked up another position on the track and took the checkered flag in 23rd position.

Next up for Circle Sport-Leavine Family Racing is the Pennsylvania 400 at Pocono Raceway on Sunday, July 31 at 1:30 p.m. ET.  The race team will also head to Watkins Glen early this week for a test session on the new surface.

About Circle Sport – Leavine Family Racing
Formed in 2016, Joe Falk, owner of Circle Sport Racing and Bob and Sharon Leavine, owners of Leavine Family Racing teamed up to compete in the 2016 NASCAR Sprint Cup Series season as Circle Sport-Leavine Family Racing.  The team will field the No. 95 Chevrolet SS, which will be driven by Michael McDowell as well as Ty Dillon in select races.  The team operates out of their Concord, N.C.-based race shop with a veteran group of racing personnel and is driven by several core principals including Value, Integrity, Flexibility, Opportunity, Access and Experience.  For more information, please visit www.CSLFR95.com.