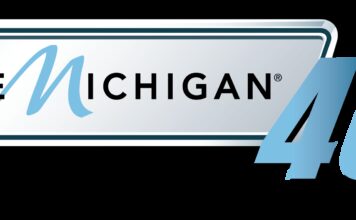 Race No. 24: Michigan… Michael Annett and his No. 46 Pilot Flying J Chevrolet team venture to Brooklyn, Mich. this weekend for the second race this year at the speedy, two-mile Michigan International Speedway. In Annett’s first NASCAR Sprint Cup Series start at MIS in 2015, he finished 21st.

Testing at Chicagoland… On Tuesday, August 23, Annett and team tested at Chicagoland Speedway in advance of the Teenage Mutant Ninja Turtles 400 on Sept. 18. The NASCAR organizational test session allowed the No. 46 team to work on their intermediate track setups. There are five intermediate-track races remaining on the 2016 Cup Series schedule.

Get Up to Date on Michael Annett… Follow Annett on his very own Twitter and Facebook accounts and get live updates from the track by following @PFJRacing and @TeamHSM46 on Twitter. For a detailed bio and updated in-season statistics, please visit www.michaelannett.com.