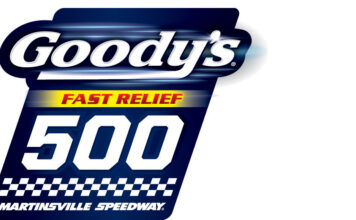 NOTES, QUOTES & NUMBERS
NASCAR Sprint Cup Series (NSCS): Camry drivers Matt Kenseth (fourth), Carl Edwards (fifth), Denny Hamlin (sixth) and Kyle Busch (eighth) are in the eight-driver field competing in the NSCS Chase for the Sprint Cup … Toyota currently leads the NSCS manufacturer point standings by 28 marks over Chevrolet with 1,320 points.
KYLE BUSCH, No. 18 M&M’s Halloween Toyota Camry, Joe Gibbs Racing
How do you feel about racing this weekend at Martinsville Speedway?
“We’ve run well the last couple times at Martinsville and definitely pumped about getting back there. I’m hoping we can have a really good car there again this time around like we did last time. We led a lot of laps and we were really fast. Hoping that some of those things that we were able to push through there at Martinsville, we’ll be able to do this time around.”

Are you looking forward to the next round of the Chase?
“I look forward to the next round – we’ve got Martinsville, we’ve got Texas and we’ve got Phoenix. Those are all three really strong tracks for us. Honestly, I don’t know that there are tracks on the schedule that are weak points for us unless there are crapshoot-type races like Talladega or Daytona. We lived through [Talladega], so we get to move on.”

MATT KENSETH, No. 20 Dollar General Toyota Camry, Joe Gibbs Racing
How do you feel about the ‘Round of 8’?
“Man, good race cars, good race car drivers, good teams – I think all eight of them are very capable so nobody knows what’s going to happen. It’s very unpredictable. I feel like certainly our team, we have the hardware needed to get it done, but we’ve got to be able to do all the right things throughout the weekend. I don’t think you can have any more mistakes for the rest of the year with only eight cars.”

What is your outlook for Martinsville?
“We just need to go race hard, so I’m looking forward to going to Martinsville. It’s been a tough place for me for a lot of years, but the last four years since I got with Jason (Ratcliff, crew chief) at JGR (Joe Gibbs Racing), we’ve been pretty competitive there. It’s certainly one that I’ve always wanted to go win. We’ve come up short, we’ve had problems there – things like that – but typically we run good, so I’m really looking forward to getting to Martinsville and hopefully we can perform well and get a good finish and kick off the next round in a positive way.”

MARTIN TRUEX JR., No. 78 Furniture Row/Denver Mattress Toyota Camry, Furniture Row Racing
How would you sum up your team’s Chase this year?
“It’s been a roller coaster that’s for sure. I wish we could have done a better job at Kansas and Charlotte and maybe had a free pass [at Talladega]. That certainly would have been big knowing the circumstances, but we did the best we could. We have a great team and we’ve had a great season and we’re going to go out and try to win the rest of the races and see what we can do.”

NASCAR XFINITY Series (NXS): Camry drivers Daniel Suarez (first) and Erik Jones (fourth) are competing in the inaugural NXS Chase for the Championship … Toyota currently leads the NXS manufacturer point standings by 21 marks over Chevrolet with 1,239 points … The XFINITY Series has one more weekend off before the NXS Chase for the Championship resumes at Texas Motor Speedway on Saturday, Nov. 5.

CHRISTOPHER BELL, No. 4 JBL Toyota Tundra, Kyle Busch Motorsports
Are you getting more comfortable racing on short tracks?
“I’m definitely more confident on the short, flat tracks than I was the first time we raced at Martinsville. Jerry (Baxter, crew chief) has had a lot of success on the flat tracks with Bubba (Darrell Wallace Jr.), including a couple wins at Martinsville, so I have a lot of confidence that he is going to give me a truck that is capable of running up front if I can do my part. I felt like we struggled in April at Martinsville, but we were really good at Gateway (Motorsports Park) and New Hampshire and I think we’ll have another really fast JBL Tundra on Saturday.”

HARRISON BURTON, No. 18 DEX Imaging Toyota Tundra, Kyle Busch Motorsports
What advice has your dad, Jeff Burton, given you about racing at Martinsville Speedway?
“My dad (Jeff Burton) said that protecting the bottom is huge at Martinsville. We watched tape and it gets crazy there, so he says you have to be cautious, but very assertive while protecting the bottom. He also told me that since this is my very first truck race and I am 16, I need to soak in this opportunity to learn and gain experience and the respect of the other drivers.”

What will you consider a success for your first truck race?
“Obviously, everyone wants to go out and win, but I think if I can have a good qualifying result, have good restarts and keep the fenders on my DEX Imaging Tundra through the whole race, I can be in good position with 20 to go and then anything can happen. My focus is learning the truck, the track and the guys I am racing with and then applying that as the race comes to the finish.”